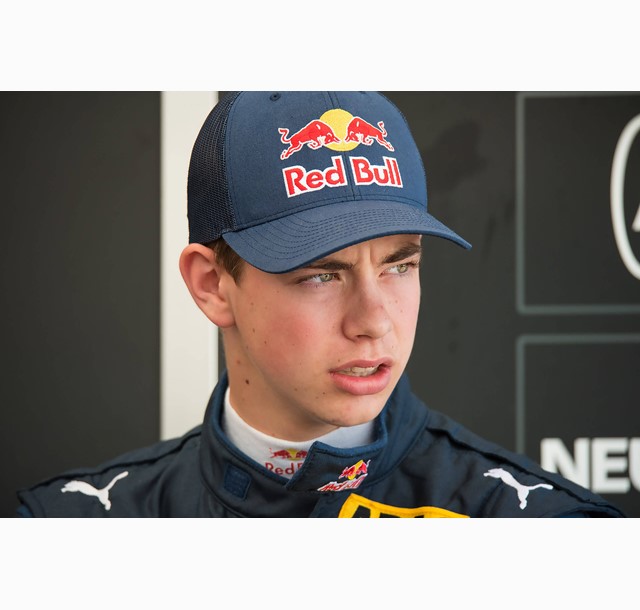 Verschoor turns 16 years old on the 16th of December, which makes him eligible for the necessary competition license to compete in the international series.

In his single seater debut, the Dutch teenager won the opening round of the Northern European Zone Formula 4 Championship at Sochi in April, a performance that was noticed and rewarded by entry into the Red Bull Junior driver programme.

He was victorious for 11 consecutive races to take the title.  From Benschop in the Netherlands, Verschoor was even more dominant in the Spanish Formula 4 series, winning 17 of the 20 races.

"The 2016 season has been very successful, I have won a lot of races and the experience I have gathered by winning two FIA F4 Championships will really help me in New Zealand," said Verschoor.

"I am really looking forward to this new and different adventure, adapting myself to a new car and environment in the Toyota Racing Series, being able to push myself to the maximum to prepare for next season in the great conditions is really exciting."

With an eye to the future Verschoor also competed in selected rounds of the German Formula 4 series where he was a top five contender. In a one off appearance in an Italian F4 round he finished third! Since the end of 2016 Verschoor has been testing with MP Motorsport in FR2.0 as preparation for the TRS and the 2017 season in Europe.

Verschoor started his car racing career after five seasons of karting, winning Dutch titles, German and European championships as well as a sixth place finish at the World Championships, and his career profile was raised when he won the CIK-FIA Academy trophy.

While he was still karting Verschoor was elevated to the Dutch Knaf Talent First program, which is an initiative of the Dutch Motorsport ASN.

Verschoor will arrive here for the five round, 15 race series, which finishes with the New Zealand Grand Prix at Manfeild near Palmerston North on February 11 and 12 with a lot of experience gained over the last nine months.

He will drive for the Giles Motorsport team and use a Tatuus single seater, powered by a 1.8 litre Toyota engine producing about 145 kWs running on an 85 per cent ethanol bio-fuel. All cars use the same Michelin tyres, gearbox, suspension and brakes to provide as close as racing as possible, with driving skill being the deciding factor.

A full field of 20 cars will compete for the Castrol Toyota Racing Series title which will follow a familiar format with free practice each Friday, qualifying and one race on Saturday and two races on Sunday at each round.