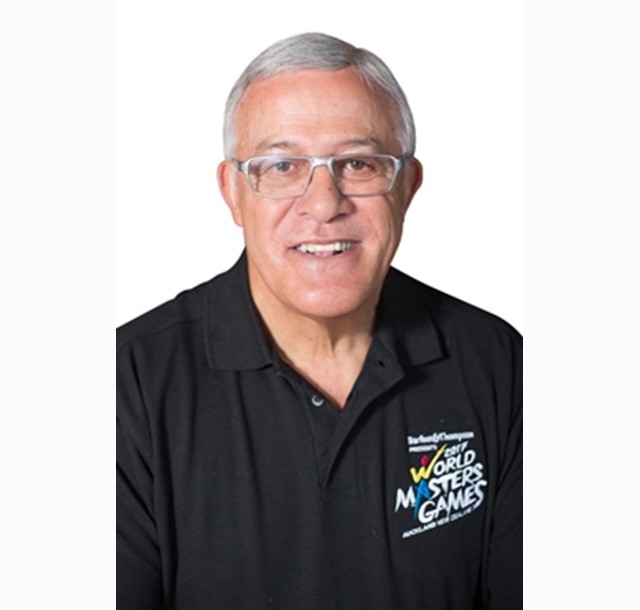 Williams has been named as Volunteer Ambassador for the 10 day festival of sport which is expected to attract 25,000 competitors in 28 sports across 45 venues.

WMG2017 Chief Executive Jennah Wootten says Williams personifies volunteerism, having spent more than three decades since his playing days giving back to rugby and the community. He's helped out in numerous roles at his beloved Ponsonby Club, as well as contributing at provincial and national level, and working tirelessly for the advancement of Manu Samoa rugby.

These days he is a Trustee of the New Zealand Rugby Foundation which provides assistance for seriously injured players and their families, and he still finds time to put the flags out for Ponsonby Club games at Cox's Bay Reserve every Saturday.

"It's a way of interacting with parents and kids and simply being involved at the grassroots of my sport.  And of course it's a job that needs to be done by someone," he says.

Williams says rugby in his day had a similar ethos to World Master Games. "I played rugby in the amateur era and played for the love of the game, for the camaraderie and joy of being with mates and enjoying the travel that was part of the game."

He says, like rugby, volunteering at World Masters Games 2017 is a great way to be involved in one of the largest sporting festivals this country has seen, and to get the rewarding feeling of giving back to other people who enjoy participating in sport.

WMG2017 will be the largest event New Zealand has hosted since Rugby World Cup 2011, in terms of the number of participating athletes and supporters, who are expected to come from more than 100 countries. While it is a very different event, volunteers will once again be at the forefront of the visitor experience for the 12,000-plus athletes and supporters expected to come from 100 countries around the world.

"I believe volunteers were an essential part of the success of Rugby World Cup 2011. They did a fantastic job, always with a smile on their faces, and so many overseas visitors commented on the warm welcome they received," Williams says.

"You could see the volunteers grew in pride as the tournament progressed and they knew they had been part of something quite special."

Williams says the WMG2017 'Pit Crew' will be an integral part of making WMG2017 the best Games ever.

"The volunteers will help make everything run smoothly, provide the type of hospitality Kiwis are renowned for and ensure a fantastic experience for all concerned.

Within the Pit Crew, there are sports roles such as referees, umpires, marshals, assisting at aid stations or setting up equipment. There are also volunteer opportunities across all other aspects of the Games including transport, ceremonies, media, commercial, accreditation, VIP hosting and registration.

"Volunteering is incredibly rewarding," Williams says. "There is a huge sense of satisfaction in being part of a combined team effort which helps lead to success."

Volunteers must be at least 17 years of age, available for a minimum of four eight-hour shifts during the Games (April 21-30, 2017), attend an in person interview from July this year, be subject to NZ Police vetting and cover their own travel and accommodation costs. They will be provided with training, a uniform and meals.

Most volunteers are required in Auckland, which is home to all but two of the Games sports, with a number also needed in the Waikato, where rowing and track cycling are based.

The Games will be a once in a lifetime chance for Kiwis to participate in the world's largest multi-sport event, either as competitors or volunteers - or even both if the sports schedule permits.

To find out more or register as a volunteer please www.worldmastersgames2017.co.nz.