Vaidyanathan making up for lost time in Toyota Racing Series 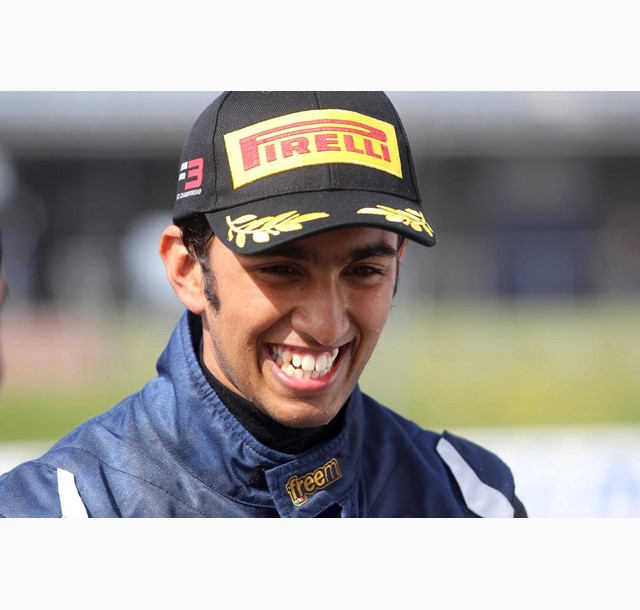 The 20 year old who divides his time between London and Dubai was forced to sit out two months of his season in Europe and United Kingdom this year.

"I'm looking forward to competing in the Toyota Racing Series to build on what I've learned so far," said Vaidyanathan. "Both the car and tracks will be unfamiliar territory, but I hope to make good progress and catch up to those with more experience in the field."

Vaidyanathan graduated from high school in 2014 and entered his first season of Formula 4 in the UK in 2015. "It was a really busy, yet enjoyable first year of racing.There was a lot of information to absorb as everything was new to me, so to end the season with three podium finishes was encouraging!"

This year Vaidyanathan moved up to BRDC British Formula 3 and Euroformula Open. "Whilst I only competed in selected rounds of the former, it was good to complete the season in the latter. The learning curve was steep, but it was great to have several points finishes along the way, with two rookie podiums to add as well."

The Indian driver was a late starter to motor racing getting into a Formula 4 car for the very first time at the start of 2015 with no previous karting or other motorsport experience behind him.

Vaidyanathan will race for the MTEC Motorsport team, using the same Tatuus single-seater as all the other drivers, powered by a 1.8 litre Toyota engine producing about 160 kWs running on an 85 per cent ethanol bio-fuel. All cars use the same Michelin tyres, gearbox, suspension and brakes to provide as close racing as possible, with driving skill being the deciding factor.

A full field of 20 cars will compete for the Castrol Toyota Racing Series which will follow a familiar format with free practice each Friday, qualifying and one race on Saturday and two races on Sunday at each round.