Certified carbon zero courier company Urgent Couriers will take 40 to 50 tonnes of carbon emissions a year out of inner-city Auckland by replacing its city fleet of cars with electric cargo bikes.

Urgent Couriers has imported five purpose-built Urban Arrow electric cargo bikes from the Netherlands to service clients in Auckland’s City Centre and inner-city suburbs. The aluminium-framed bikes have a 250-watt motor and can carry a maximum load of 125kg in a lockable waterproof cargo box on the front of the bike.

Urgent Couriers managing director Steve Bonnici says the electric cargo bikes have been proven in markets around the world, but he believes they will be the first of their type to operate in New Zealand and he hopes courier companies in other cities around the country will follow suit. The bikes will service an area extending to Herne Bay, Grey Lynn, Kingsland, Morningside, Mt Eden, Newmarket and Parnell.

“This will provide faster deliveries as the bikes will be able to use the cycle lanes and not be constrained by traffic. It will reduce road congestion and it’s also great news for the environment.”

The bikes cost just over $64,000 in total but Urgent Couriers gratefully received a grant of $20,000 from the Energy Efficiency and Conservation Authority (EECA) towards this cost.

“Technology Demonstration Projects must reduce greenhouse gas emissions, be applicable to multiple businesses in a sector and be financially viable. The light car fleet is responsible for around 20% of New Zealand’s emissions, so innovative projects like these are vital to decarbonisation, and we hope to see more organisations embrace new ways of working and getting around.”

Mr Bonnici said Auckland Council had also been very supportive of the project and will provide parking for the electric cargo bikes and charging stations in the basement of Te Wharau o Tāmaki Auckland House at 135 Albert Street. “Auckland Council is also an Urgent Couriers client for mail deliveries. We hope other clients will embrace the electric cargo bike service the way the council has.”

“The council has been steadily transitioning over to an electric fleet and we now have the infrastructure in place that enables us to support Urgent Couriers in this initiative that will not only reduce its carbon emissions, but also help to ease congestion in the CBD.

“We are excited to see the benefits that this shift can bring to the city and look forward to working with them to make the rollout a success.”
Mr Bonnici said several factors meant the time was right for the introduction of the cargo bikes, including the availability of proven cargo bike technology, changes to roads and parking spaces in inner city Auckland that give bikes an advantage over cars and the changing nature of courier deliveries from documents to bulkier parcels or fragile items like cakes.

“Urgent Couriers was a pioneer of cycle couriers and at one stage had 11 cycle couriers delivering documents around Auckland’s Central Business District. But the progression of information technology has reduced the demand for physical document deliveries, especially by law firms, and Urgent Couriers now has only a few traditional cycle couriers in the city.”

“On average a cycle courier will cover 60 to 100 kilometres a day. The bikes’ dual batteries have a range of 100 kilometres so the charge will usually last a full day. Safety will be paramount as the bikes themselves weigh 50 kilograms and with a rider and full load the combined weight could be up to 300 kilograms and they can easily keep pace with CBD traffic.”

Mr Hampton said there are currently no parking restrictions on the electric cargo bikes and there is enough room on Auckland CBD footpaths for a bike to be parked against a building while bike couriers do pick-ups or deliveries. The cargo bikes are fitted with GPS tracking devices for security. 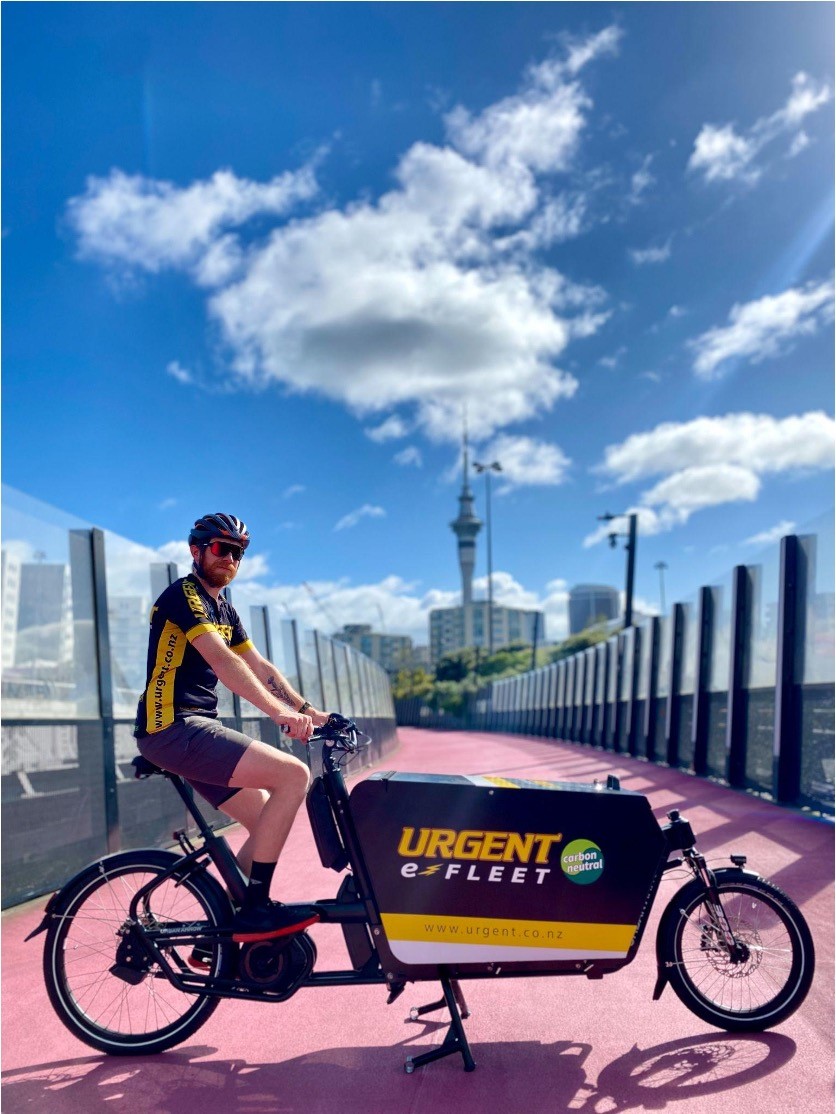 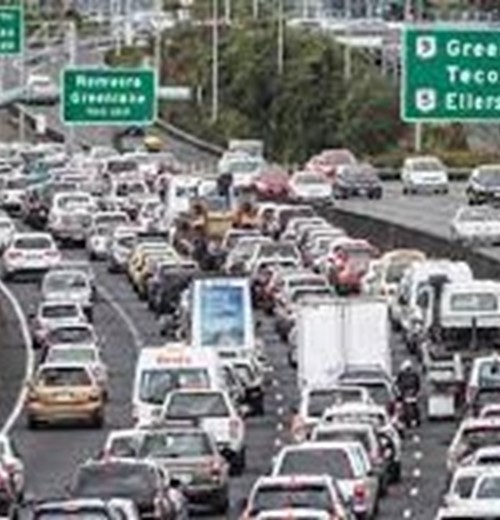