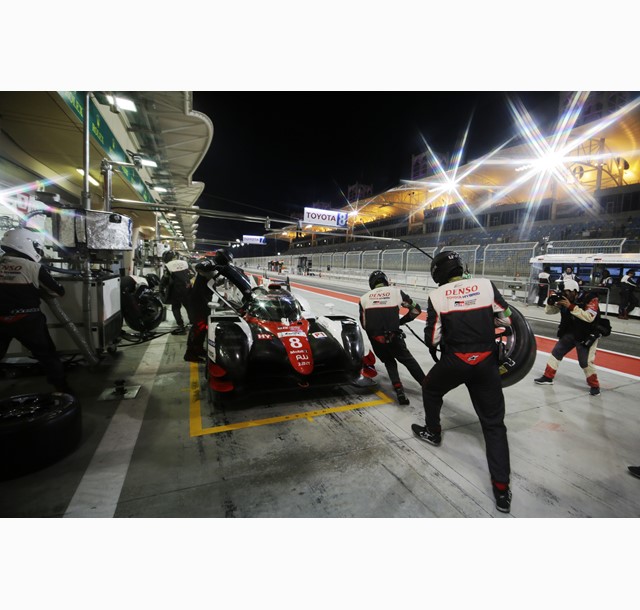 Its World Endurance Sportscar team won the final round of the series, the Bahrain 6 Hours, their fifth victory of the nine race championship, with Sebastian Buemi, Kazuki Nakajima and Anthony Davidson sharing the driving of the Toyota TS050 Hybrid.

The win put a dampener on Porsche's retirement party, as it is leaving the series having won the drivers and manufacturer's world titles at the previous round at Shanghai. However Toyota Motor Corporation President Akio Toyoda has already invited the German team back to the series.

"To all those at Porsche, by all means, someday, on some road, for our mutual making of ever-better cars, please let us compete with you again," said Mr. Toyoda.

In Australia, Jari Matti Latvala was on course to finishing runner-up in the final round of the World Rally Championship until he crashed his Yaris WRC on the final 6 kms long stage of the three day long Coffs Harbour based event.

In Bahrain, the winning Toyota was the only leading car not to strike trouble.

Timo Bernhard, who shares his Porsche with Kiwis Brendon Hartley and Earl Bamber collected a circuit bollard after just 7 laps and lost 80 seconds in the pits for repairs, before the trio fought back to finish second, a lap behind.

The second cars from Toyota and Porsche both had incidents while lapping slower cars and needed extra pit stops to repair accident damage. Nick Tandy, Neel Jani and Andre Lotterer finished third and the second Toyota of Mike Conway, Juan Maria Lopez and Kamui Kobayashi were fourth three laps behind.

In Australia the other Yaris WRC driven by Esapeki Lappi, who won the Finnish round of the series, finished sixth. Latvala and Toyota on its comeback season in the World Rally Championship, finished fourth in the drivers and third in the manufacturer's championships.