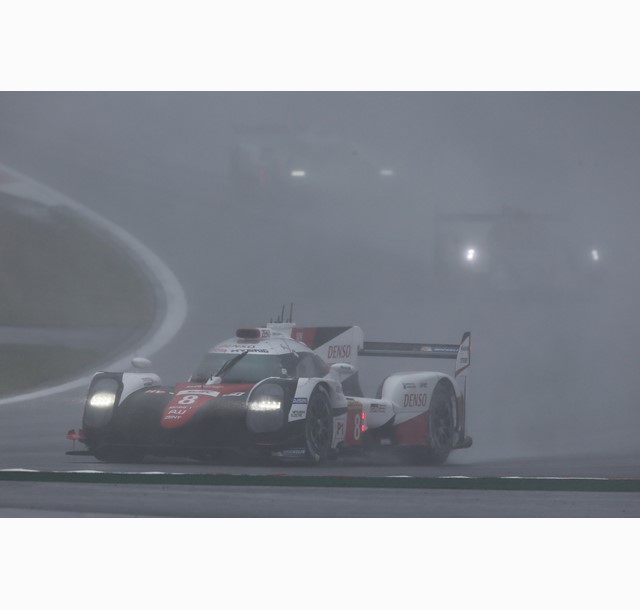 The win with the 1,000hp TS050 HYBRID occurred on the 20th anniversary weekend of the launch of the Prius, the world's first mass-produced hybrid car.

With the series leading Porsche of Kiwis Brendon Hartley and Earl Bamber only finishing fourth, the winning duo of Buemi and Nakajima still have a chance to win the driver's championship having closed the gap to 39 points, with 52 still available. Toyota has closed the gap to Porsche in the manufacturer's series to 58 points, with 88 still available at the last two rounds at Shanghai and Bahrain.

Persistent rain throughout the morning meant the race began behind the safety car. Rain intensified and fog descended on Fuji Speedway, causing several interruptions to the race. The first came after 40 minutes with a safety car period, then 40 minutes later the race was red flagged.

Immediately after the race resumed, the two TS050 HYBRIDs took over first and second, setting up a fight for victory which was regularly interrupted by safety cars due to rain, fog and accidents.

The TS050 HYBRIDs had a speed advantage over their rivals in heavy rain but with differing fuel strategies and any advantage removed during safety cars which bunched up the field, the final order of the podium was unpredictable throughout.

But with the 75% mark approaching, after which full World Championship points would be awarded, more heavy fog came and another safety car was called.

Visibility was so poor the race was stopped just after the four and half hour's mark and not restarted, giving Toyota the one - two finish.