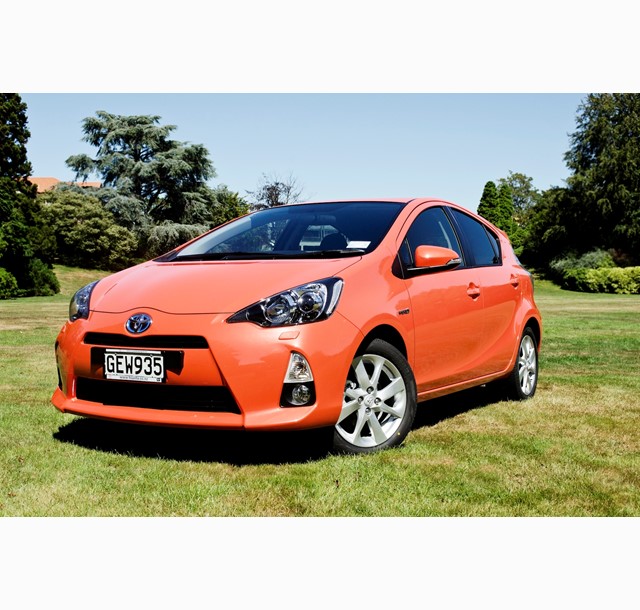 More than 10,000 consumers around the world recognised the company's commitment to sustainable environmental leadership, according to global brand consultancy Interbrand's Best Global Green Brands report. The report matches market perception of a brand's green credentials with what it actually does to help protect the environment.

Toyota was recognised for their development of innovative hybrid vehicles like the Prius, as well as ongoing efforts to reduce its greenhouse gas emissions and water and energy consumption.

More than 5.22 million Toyota and Lexus hybrid vehicles are driven worldwide, with new hybrid models being released continually. The global popularity of Toyota hybrids, especially in Asia, means CO2 released into the atmosphere is 35 million tonnes less than it would be if hybrid drivers drove conventional gasoline vehicles of a similar size.

Toyota New Zealand Corporate Assistant General Manager, Mark Young said "Here in New Zealand, Toyota is committed to sustainability on a local level too. We are constantly looking at ways we can do our part. For example, we are the first New Zealand motor company with externally verified carbon emissions measurement (CEMARS certification) and in Thames we have the first used vehicle plant in the world with ISO 14001 certification."

"We have consolidated shipping and transport routes for vehicles to reduce fuel use and emissions, and we have engaged our staff in a project called PlanetForward to embed sustainability across the entire company," he said.

New Zealand customers can choose from 14 Toyota and Lexus hybrid models including the Camry Hybrid, Prius, Prius c and Prius v. In addition all Toyota dealers in New Zealand have Enviro-mark certification.

A full picture of Toyota New Zealand's sustainability scorecard will be available when the company publishes its Sustainability Report 2013, later this year.