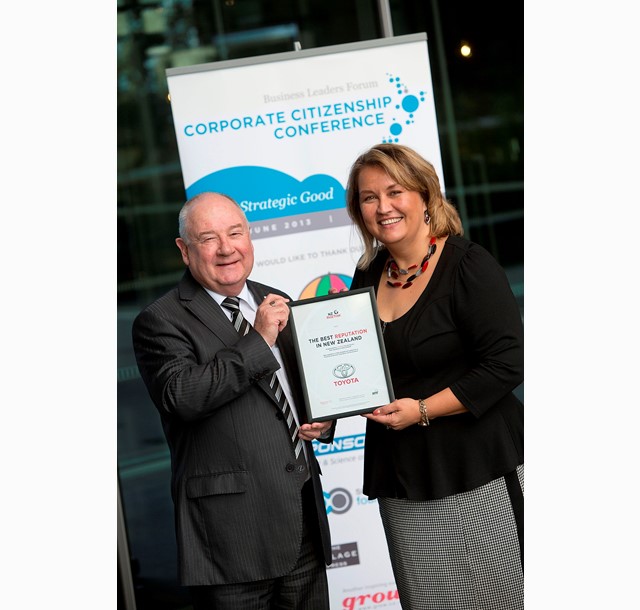 The Corporate Reputation Index is produced by AMR, the Australasian Associate of the worldwide Reputation Institute. Results are based on a public perception survey of New Zealand's largest companies across seven dimensions: products and services, innovation, workplace, governance, citizenship, leadership and financial performance.

As well as taking out the top ranking overall, up from sixth place last year, Toyota was also ranked top in the products and services, innovation and governance dimensions.

The win was announced at the Corporate Citizenship Conference 2013, held in Auckland this week, where Toyota joined other highly rated New Zealand corporates to explore ideas around 'doing strategic good'.

Toyota New Zealand Managing Director and CEO Alistair Davis says it is pleasing to know that Kiwis think highly of the company.

"At Toyota we try to take a long-term perspective and we fundamentally believe that business cannot survive in a society - or on a planet - that fails. Within the framework of the business of moving people, we are trying to build a better planet."

every day there is an opportunity to improve, as well as believing in working together, trying to make a difference and going the extra mile.

Toyota New Zealand aligns itself to a 'global vision', which emphasises a commitment to quality, constant innovation and respect for the planet, while aiming to exceed customer expectations.