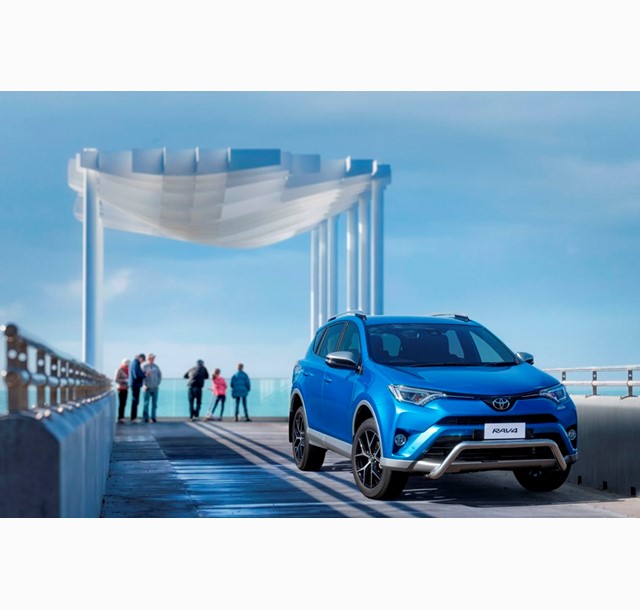 Toyota New Zealand have exclusively ordered a custom run of 100 limited edition models available for an RSP* of $41,990 from October 1.

Based on the 2.0 litre GXL 2WD variant, the RAV4 Edition 21 is available in three exterior colours - Blue Gem, Ink and Glacier White - with distinguishable silver accents along the front and rear bumpers, door mirrors, wheel arches and lower door mouldings offset by a contrasting black back door garnish and lower section of the rear bumper.

The Edition 21 also gains the dual five-spoke 18 inch alloy wheel typically reserved for the Limited variant in addition to an exclusive Edition 21 badge, genuine accessory nudge bar and black headlining and pillar trims on the interior.

"RAV4 has been accommodating the active, fully-packed lifestyle lead by Kiwis since its arrival and continues to fit the bill for many as a top seller," says Spencer Morris, Toyota New Zealand's general manager of product.

"Edition 21 is the perfect opportunity to celebrate the much loved model's success and to recognise that it has become a staple in the New Zealand automotive diet,"

Now in its fourth generation, the RAV4 first arrived in New Zealand in 1995 in three and five door variants with the iconic full sized spare fixed to the exterior of the rear door.

With a dominant stake in the SUV segment, RAV4 has frequented the number one spot eight times in total since 2001, including the last four consecutive years, and a close second six times.

Approaching the end of its 21st year in New Zealand, there have been more than 28,500 RAV4 units sold since 1995 with no signs of slowing.