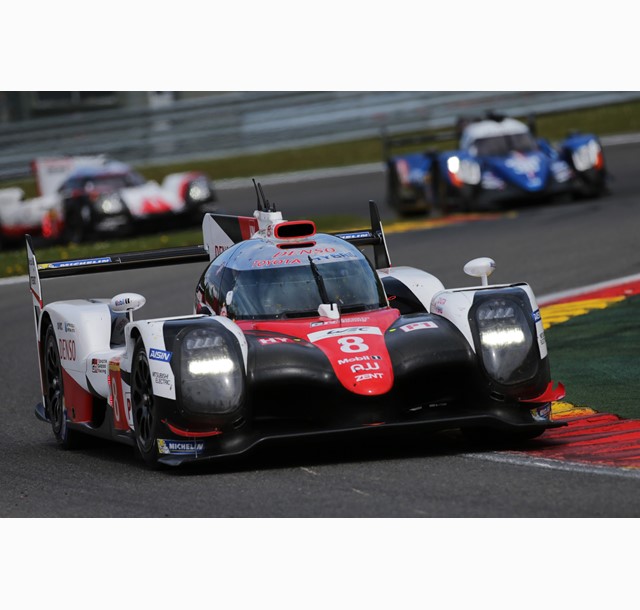 The trio led Mike Conway and Kamui Kobayashi by less than two seconds after 173 laps of the Ardennes track in Belgium.

Buemi was humble in victory. "We weren't the fastest Toyota. Car 7 deserved the win more. They lost a lot of time with the full course yellows while leading."

Conway and Kobayashi led for much of the race, but safety car periods allowed the other contenders to catch up.

"At the end, I caught up with Sebastien," said Kobayashi. "But in the last laps it's not fair to attack when we were running one-two."

Kiwis Earl Bamber, Brendon Hartley and Timo Bernhard finished third, 35 seconds behind. They are now 17 points behind the Toyota trio in the driver's championship, while Toyota leads the Manufacturer's title race by 8.5 points.

The championship now moves to Le Mans in France for the 24 Hours race on June 17 and 18, the third of nine rounds.