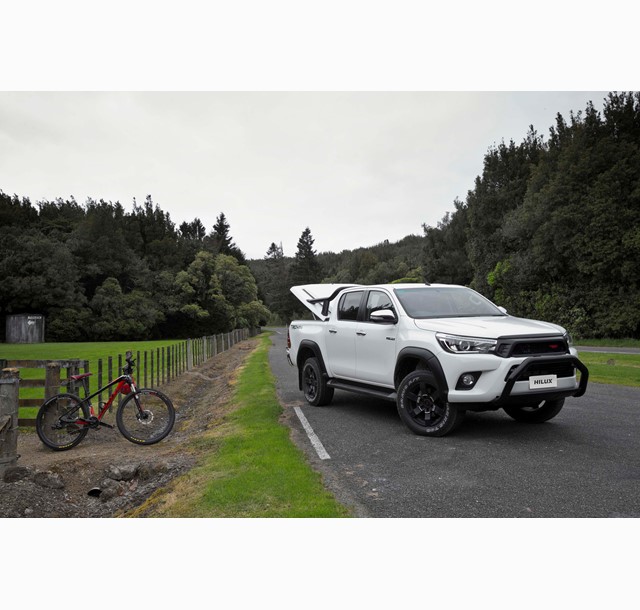 Based on the Hilux SR5 double cab diesel model, the 2017 Hilux TRD will be available in both 2WD and 4WD, with a choice of manual and automatic transmissions in seven colours, Silver Sky, Graphite, Glacier White, Eclipse, Olympia Red, Nebula Blue and Inferno.

"We displayed a concept Hilux TRD at Fieldays back in June which garnered a lot of favourable comments," said Steve Prangnell, Toyota New Zealand's General Manager of Sales.

"Hilux TRD has been very popular in the past and we are sure this 2017 version will be no different. The TRD accessories add a bold visual point of difference to the Hilux."

With 18 inch black alloy wheels shod with 265/60R18 Maxxis all terrain tyres, the Hilux TRD will cut a distinctive path through the urban jungle or off the beaten track.

For security purposes, the wellside tray has a remote locking motorised ABS plastic hard lid with LED interior light and anti-jam technology, with an anti-slip liner covering the deck area.

TRD badging is fitted to the tailgate, with decals on the wellside and embroidered floor mats.

TRD is Toyota's global in-house division which produces performance parts and accessories for a wide range of its models.

Just 300 units of the Hilux TRD Special Edition will go on sale on 1 January 2017, with pricing announced closer to the time of launch.