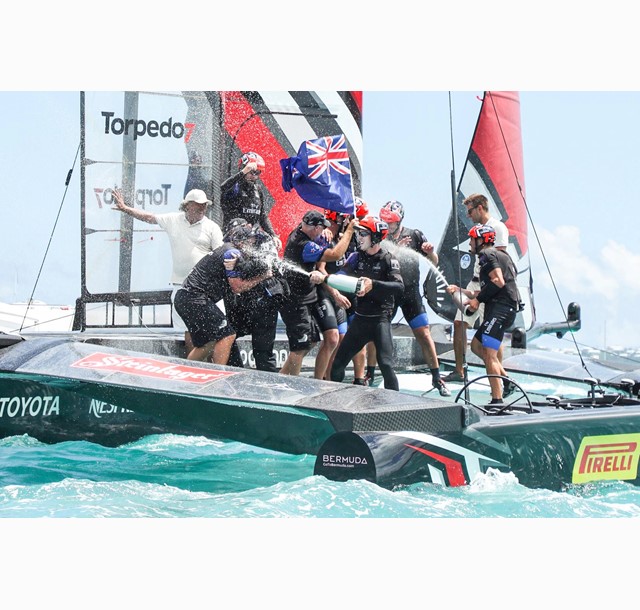 The common denominator in all these campaigns has been Toyota New Zealand, the team's longest serving and most consistent supporter.

"The team's philosophy of imagination, experimentation and innovation has been the winning ingredient," said Andrew Davis, the General Manager of Marketing for Toyota New Zealand.

This month's racing in Bermuda, the most exciting in the Cup's history, is the seventh America's Cup campaign Toyota has been involved in.

"The decision to stay and prepare in Auckland for as long as possible has certainly paid off," said Mr Davis "And keeping those cyclors under wraps was a big part of that."

Mr Davis said the innovative experiment of using cyclors to power the boat's hydraulics was the biggest point of difference between the team and the other campaigns.

"This year's successful challenge for the America's Cup aligns even more closely with our brand values of continuous improvement and over the last four years this focus has led to some exciting innovations."

Toyota New Zealand first joined an America's Cup campaign in 1992 and was involved in Black Magic's victory in 1995 and successful defence in 2000.

Toyota's support of Team New Zealand since 1992 is one of the most successful sports sponsorships in the country's history, said Mr Davis.

"The team has achieved a remarkable success in a short time and it is the people who have gone the extra mile to deliver a great result."

Season a success but not without issues

The kiwifruit industry has successfully reached the end of its harvest with a record crop now headed for overseas markets – if not already there.

Looking after the planet and living sustainably is becoming a pressing issue for a vast majority of Kiwis. New research reveals that 50% of all New Zealanders are concerned about f…

SAY ‘CHEERS’ TO A BETTER LIFE FOR PEOPLE AFFECTED BY CANCER: DRY JULY 2021

The campaign that challenges Kiwis to give up alcohol for the month of July while raising funds for people affected by cancer is back for another year. Are you ready for Dry July 2…