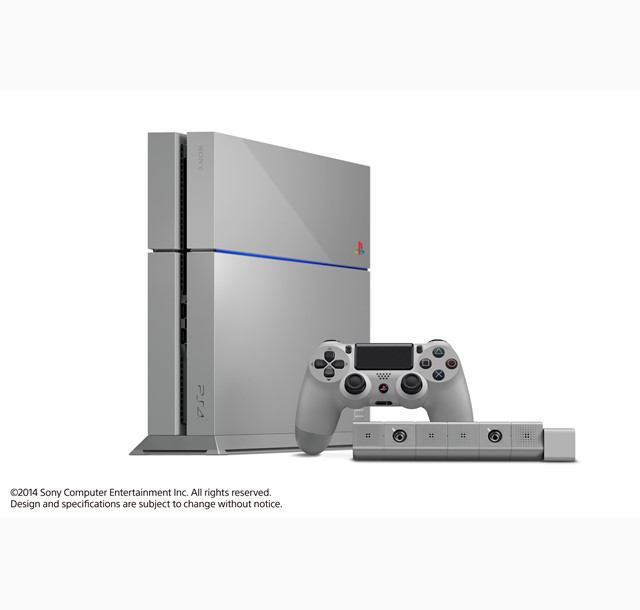 In celebration of 20 years of PlayStation®, CanTeen's corporate partner Sony Computer Entertainment New Zealand (SCE NZ) has donated the limited edition PS4™ which is one of just 12,300 units available worldwide; a number that reflects the launch date of the original PlayStation in Japan on December 3, 1994.  The PlayStation®4 (PS4™) 20th Anniversary Edition and included accessories, comes in the "Original Gray" colour of the very first PlayStation, all packaged in a special commemorative box

Not available for general release in New Zealand, CanTeen's TradeMe listing will be the only publicly-available PlayStation®4 (PS4™) 20th Anniversary Edition to be sold at auction in New Zealand. The auction, which closes on 19 December, will see all funds raised by the sale of the PS4 going to CanTeen, to be used in the support of young people dealing with cancer.

Sony Computer Entertainment NZ has been a partner of CanTeen since 2010, outfitting its branches with PlayStation consoles, accessories and games amongst other fundraising initiatives, allowing CanTeen members dealing with the challenges of cancer, the opportunity to enjoy some good times.

"We are very proud to be a corporate partner of CanTeen," said Krister Robinson, Marketing Manager, Sony Computer Entertainment NZ.  "The amazing work CanTeen does in support of our vulnerable young people during a time of tremendous need is truly exceptional."

"We can't thank Sony Computer Entertainment New Zealand enough for providing such an amazing opportunity to auction off this iconic limited edition PlayStation 4 for our cause.

"We are extremely thankful to Sony Computer Entertainment NZ for the ongoing support in assisting CanTeen to provide equipment for our members. This generosity means we can ensure our young people have access to equipment which can help pass the time during their own, or their sibling's, treatment."

The TradeMe listing for the PlayStation®4(PS4™) 20th Anniversary Edition can be found here: http://www.trademe.co.nz/Browse/Listing.aspx?id=819264159&ed=true