“The best Games ever!” 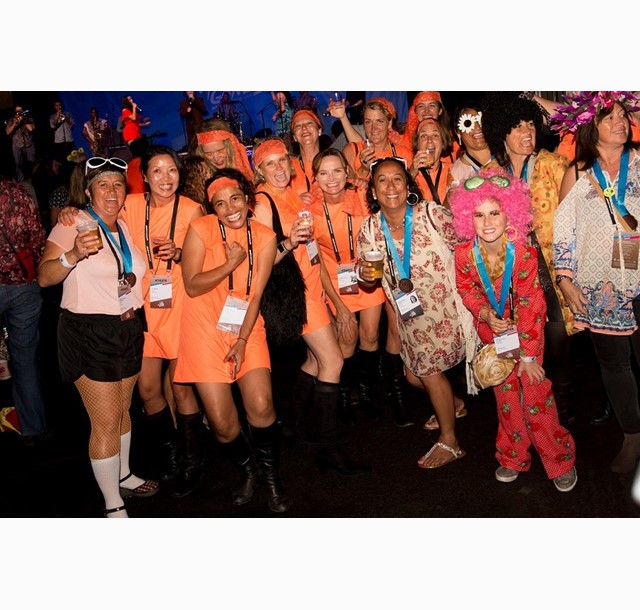 The Games concluded this evening with a Closing Ceremony at The Cloud on Queens Wharf.

Kai Holm told the Closing Ceremony audience that the 2017 Games had met all the professional standards expected of Auckland with all venues in perfect condition.

"To this we can add the warm kindness we have received from our new friends in this beautiful country. And especially one group made these Games absolutely fantastic - our volunteers!

"Together you have made these the best Games ever!"

She says the Local Organising Committee's goal from day one was to deliver the best Games ever and she is thrilled that all the hard work that went into planning and preparation over four years paid off in the delivery of an outstanding World Masters Games experience for the 28,000 participants involved.

Ms Wootten says the delivery of 28 sports (including 45 disciplines) across 48 venues has been a mammoth logistical undertaking.

"Consider that between the spectacular Opening Ceremony at Eden Park and tonight's Closing Ceremony on Queens Wharf, the Games have included more than 2000 rounds of Golf, over 120,000 arrows fired in the Archery competition, almost 600 Swimming races, more than 1150 Tennis games and almost 240,000 points played on the Badminton courts - and that's only five of our 28 sports."

Ms Wootten says she and her team have been thrilled with the feedback from athletes, supporters, officials, volunteers and others on how smoothly the Games have run.

"The spirit of the World Masters Games has been well and truly alive this past week and beyond the medals is a vein of pure heart that is passed from athlete to athlete and infuses all those around. Friends are inspired by friends to take part. Competitors from distant countries farewell fellow competitors and promise to meet them in Kansai in 2021.

"We so often talked about camaraderie in building up to these Games, but seeing it in action is inspiring and humbling. I am so proud that we never lost sight of the true mission of WMG2017 which is sport for all, regardless of race, religion, gender, status and age."