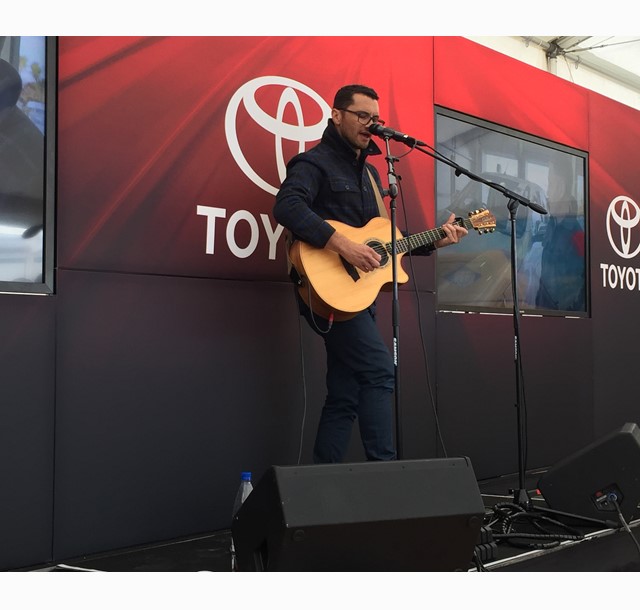 The female vocals were done by Betty Anne Monga from Ardijah and Annie Crummer, who was involved in the original Team New Zealand anthem song in 1987, Sailing Away.

"You don't get many opportunities to write the music for this kind of thing, and after the heartbreak of last time we thought it would be great to put together a song to express the support the whole of New Zealand was showing," said Mr. Kerrison.

"It felt right with Toyota playing a significant part in the campaign as a sponsor."

Launched on social media on Thursday afternoon (29 June), the song will be available on streaming sites and for download this week.

"After talking to some sailing mates who said that the noise created by the foiling and hulls flying is called 'humming'," says Mr. Kerrison.

"I jumped on that hook, and we were off with a title for the song."

The song and accompanying video tell the dramatic story of Emirates Team New Zealand's campaign in the 2017 America's Cup - ultimately winning the Auld Mug from Team Oracle. The underdog Kiwi team turned the yachting world on its head with its innovative approach to foiling catamarans powered by cyclors.

"Emirates Team New Zealand's campaign has been a huge success, and it's great to have been supporting the team now for 25 years. Like the rest of New Zealand we've been enjoying the celebrations, and part of this is sharing Jason's song to our audience," said Andrew Davis, Toyota New Zealand's General Manager of Marketing.

Kerrison like a lot of other Kiwis, believed the team would win back the Cup and wrote the song in support of the team's success, and as a way to bring their kiwi fans together.

Check out the music video here: