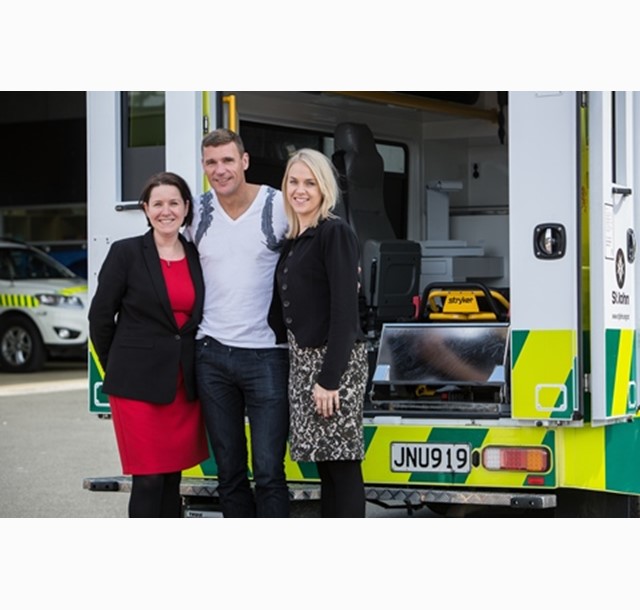 "World Masters Games is all about participation and the love of sport, from amateurs to elite athletes, and St John plays a key role supporting our sportspeople at all levels in New Zealand," Ms Wootten says.

"Generations of Kiwis have grown up seeing St John on the sidelines at sporting events, but their contribution to New Zealand communities goes well beyond that. It's a wonderful opportunity for sport, through World Masters Games 2017, to give something back to St John, to support their work and make a real difference to Kiwi communities."

World Masters Games is the world's largest multi-sport event by competitor numbers. Approximately 25,000 athletes are expected to compete in 28 sports at 48 venues in Auckland and Waikato when the event takes place from 21-30 April next year.

The partnership will mean the 25,000 athletes competing at WMG2017 will have the opportunity to donate to or fundraise for St John in the lead up to and during the Games in Auckland next April.

Those who choose to fundraise can create their own profile on the Games' Everyday Hero webpage and start fundraising from this week.

WMG2017 ambassador and half marathon competitor Dom Harvey has his own personal reasons for getting behind St John's partnership with the Games, as the first registered fundraiser.

The avid marathon runner collapsed and almost died during the Auckland marathon a decade ago but St John Emergency Ambulance Officers came to his rescue and got him to hospital.

"Had St John not been there, I could have been a goner," Harvey says.

He went on to make a full recovery after the cause of his collapse, a giant, previously undiscovered tumour in his abdomen, was treated and removed.

"Until you need them it is easy to take St John for granted but I know first-hand how critical their service is to the community and I'm sure many other Games athletes will see the value in supporting them," Harvey says.

"We're thrilled to be part of the World Masters Games community. It promises to be a wonderful event for Auckland and New Zealand and, with this partnership, it will deliver even more benefit to the people of New Zealand."

St John treats approximately 430,000 people per year through the Emergency Ambulance Service and additionally help thousands more through the wrap around Community Health Programmes it runs. The charity has been serving people and saving lives in New Zealand for more than 125 years.

"While we do receive some government funding, our frontline vehicles, equipment and community health programmes rely on donations and community fundraising," Mrs Green says. "Having World Masters Games participants on board will be a tremendous help."