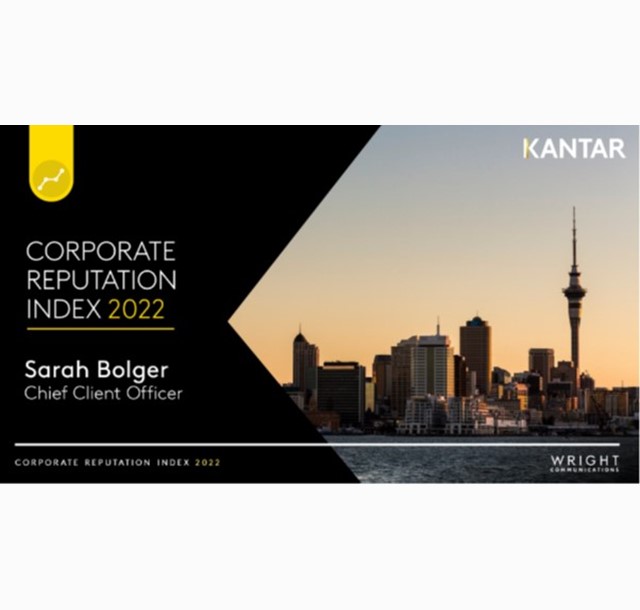 The sky’s the limit for Air New Zealand as it has maintained its perfect record atop the Kantar Corporate Reputation Index for the eighth year in a row.

Established in partnership with Wright Communications in 2015 and formerly known as the Colmar Brunton Corporate Reputation Index, the Kantar Corporate Reputation Index uses Kantar’s global RepZ framework with standardised reputation attributes for Trust (37% weighting), Leadership (24%), Fairness (22%) and Responsibility (16%). The survey was conducted in February and March 2022.

Air New Zealand was the most highly ranked company for valuing diversity and inclusion – a new question in the reputation index survey. Sixty-four per cent of respondents said the company stood out for creating an environment where people with different backgrounds and perspectives feel valued and welcomed.

Bolger said trust is becoming a more important pillar for overall reputation – with the weighting up two per cent from 35% to 37% this year. “In these uncertain times New Zealanders are placing more emphasis on products and services they trust.”

“Air New Zealand has won the enduring trust of the New Zealand public which is a tribute to its governance and management resilience. People spontaneously said Air New Zealand was the most desirable company to work because of its culture, career opportunities and care for people and the environment.”

“We would not be where we are today without the resilience, agility and grit of our people who have got us through some of the hardest years the airline has ever faced.

“Secret to our success is our diverse and inclusive workforce that truly reflects Aotearoa. When you’re building back a resilient workforce, one that can weather the storm and contribute to the success of Air New Zealand, this is incredibly important.

“I’m incredibly proud of the mahi our people do day in day out to create an environment where everyone can thrive.”

TVNZ Chief Executive Simon Power said the high reputation ranking showed Kiwis recognised that the state-owned national broadcaster was successfully fulfilling its role to “inspire the conversations of Aotearoa, and inform and entertain the two million Kiwis who engage with us each day.”

Bolger said companies with a reputation index of 105 or higher were in the “resilient zone” and were well placed to weather the storm of bad publicity. TVNZ has consistently ranked in the top three of the Index since 2018.

Wright said accountability, transparency and authenticity were bastions of corporate reputation. “Media coverage, good or bad, is the most influential factor on the reputations of corporate brands with limited public interface. Companies which do the right thing by the public and face up to the issues in an authentic way can ride out occasional setbacks and bad news.”

Home improvement retailer Mitre 10 entered the Kantar Corporate Reputation Index for the first time debuting in third position with an overall score of 108 just ahead of its competitor Bunnings and other well recognised New Zealand brands Pak ‘n Save, AA Insurance and Toyota which all also scored 108 after rounding.

Mitre 10 Chief Executive Officer Andrea Scown said it was extremely pleasing that New Zealanders ranked the co-operative so highly for trust – being honest and ethical – and for responsibility, particularly for treating employees well.

“This result really belongs to our people, all 7,000 of them across the country. It’s hugely rewarding to see verbatim comments like ‘The service and friendliness of the team is absolutely spot on.’ Our team members go above and beyond to ensure our customers have great experiences and our placing in the Kantar Reputation Index proves we are achieving it.”

Other new entrants on the Kantar Reputation Index top 20 are Samsung (9), K Mart (16) and Heinz Watties (19) which have either come up through the ranks or been included in the index due to broadened eligibility criteria. 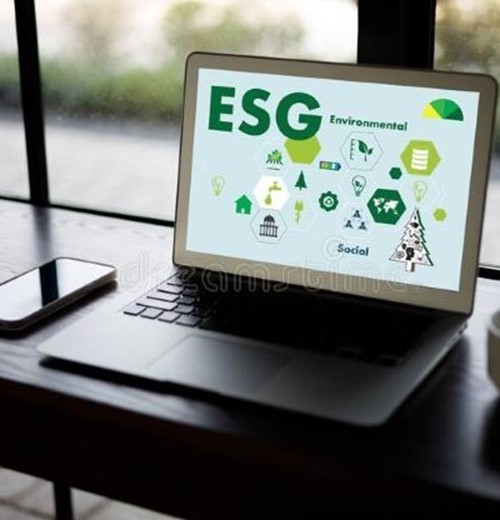 Sustainability reporting in New Zealand is on the rise with more companies disclosing their greenhouse gas emissions, water consumption and impact on society. However, at the sa…