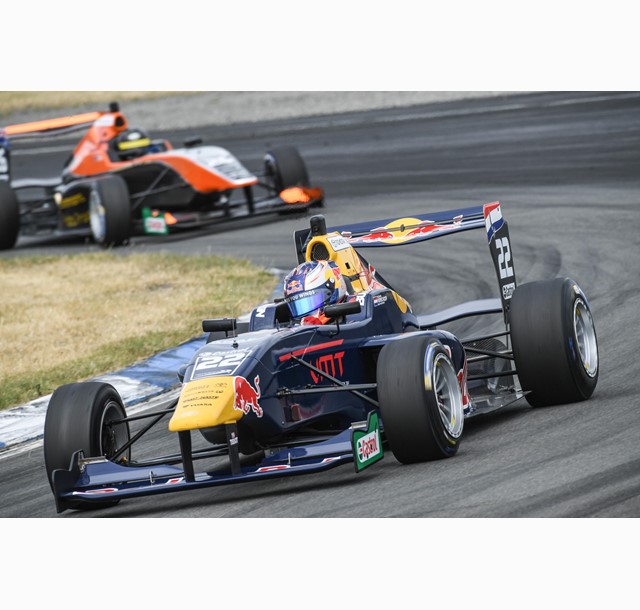 Home town hero Marcus Armstrong, who is still just 17 years-old and finished fourth overall on debut 11 months ago has since won the Italian Formula 4 title and finished runner-up in the German F4 Championship and has gained plenty of racing kilometres during that time. He will start as many people's favourite to become the first Kiwi in five years to take the title.

Third last summer was Richard Verschoor, who arrived here having won the Northern European and Spanish F4 titles in 2016. The Dutch teenager, who is also 17 years-old was in contention until the final race of the series - the New Zealand Grand Prix.

He has not had such a stellar season in Europe in 2017 and returns to New Zealand to re-ignite his career in the five round, 15 race championship which is run over the next five weekends.

Pukekohe's Taylor Cockerton is starting the series for a third time after coming seventh and ninth the last two years. Last winter the 20-year-old won the Formula Masters Championship, which has rounds in China and Malaysia and uses the same car as here, although with a different engine.

At 22 years of age Brendon Leitch is the oldest and most experienced Toyota Racing Series participant - this will be his fifth season. Two years ago he finished third overall, but last summer he was involved in two big crashes at Teretonga and Manfeild which held him back in ninth place.

Last winter he raced in Formula 4 in the United States, giving him the extra racing he has never benefitted from before in the off season. He was fourth overall, netting points toward an FIA Superlicence.

The other champions in the field are Cameron Das, another 17-year-old, who won the 2016 United States F4 title and 21-year-old Calvin Ming from Guyana who won the Central America F4 Championship in 2017.

Christchurch's other entrant is 19-year-old Ryan Yardley, who is making his TRS debut after winning the Toyota 86 sports coupe series last summer. The runner-up in that championship, Reid Harker from Auckland, is also stepping up to the premier single seater class.

Russian driver Robert Shwartzman should not be over looked. Like Armstrong he is a member of the Ferrari Driver Academy. The 18-year-old from St Petersburg has just finished third in the fiercely competitive Renault Europe 2.0 Championship.

Likewise, Singapore born but England based James Pull, who is also just 18 years-old arrives in New Zealand after being runner-up in the British Formula 3 Championship behind Enaam Ahmed who was one of the top six drivers in TRS last summer.

At 16 years-old French teenager Charles Milesi is the youngest driver in the field, having only just qualified for the necessary international competition license to race here.

French born, but Switzerland resident Clement Novalak, 17 years-old, is making his single seater debut after a career in karting that netted world titles.

Juan Manuel Correa is the sole representative from South America. Now USA based, the 18-year-old was born in Ecuador.

There is official practice on Friday, qualifying on Saturday morning and the first race that afternoon. There is a Sunday morning preliminary race and the main event, the Lady Wigram Trophy on Sunday afternoon.

The Castrol Toyota Racing Series concludes with the New Zealand Grand Prix at Manfeild on February 9-11.