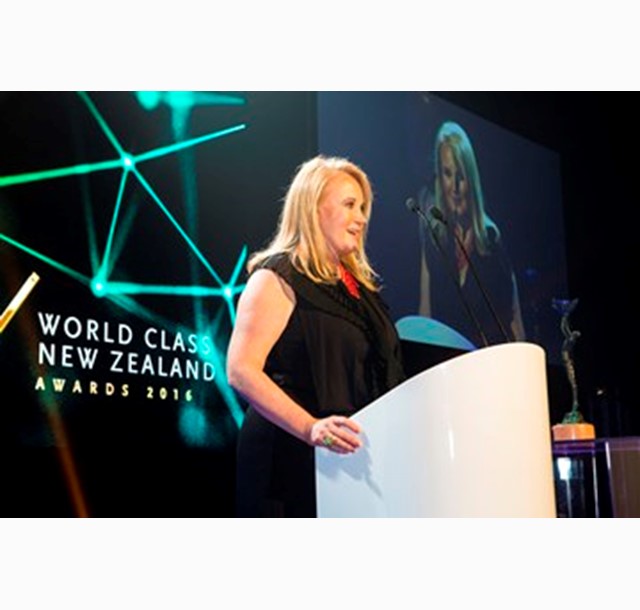 The former Air New Zealand and ASB Bank CEO was awarded the top honour this evening at a black tie VIP awards ceremony, held at the Viaduct Events Centre on Auckland's waterfront.

Sir Ralph, who is currently the chairman of both Contact Energy and Fletcher Building, led the revival of Air New Zealand following a government bailout of the airline in 2001.

Starting his career in banking, he spent a decade as CEO of ASB and later ran the bank's Australian parent company, the Commonwealth Bank of Australia (CBA), making him one of the most influential business leaders on both sides of the Tasman.

"Sir Ralph is one of many Kiwi businesspeople here and overseas supporting up-and-coming businesses. Kea is proud to facilitate these connections through the World Class New Zealand Network and Kea Connect."

Linda Jenkinson is an entrepreneur who founded a number of businesses including John Paul, a global travel concierge provider to the world's largest brands. She is a director of Air New Zealand and was the first New Zealand woman to list a company on the NASDAQ stock exchange.

Sarah Robb O'Hagan is an executive, activist and entrepreneur who has been recognised as one of Fast Company's 'Most Creative People in Business'.  She has had leadership roles at iconic global brands including Virgin, Nike, Gatorade, and global fitness company Equinox.

Sir Mark Solomon is the elected Kaiwhakahaere (Chair) of Te Rūnanga o Ngāi Tahu, a position he has held since 1998.  His current directorships include Te Ohu Kaimoana, Te Pookai Aronui, Te Tapuae o Rehua, and the Advisory Board on CERA Transition. He is a trustee of Pure Advantage and a member of the NZ China Council.

The Awards also saw New York-born businessman Matteo De Nora honoured with the Friend of New Zealand Award for his services to New Zealand.  Known for his support of Emirates, Team New Zealand, De Nora is an honorary member of the Royal New Zealand Yacht Squadron and is a Companion of the New Zealand Order of Merit.