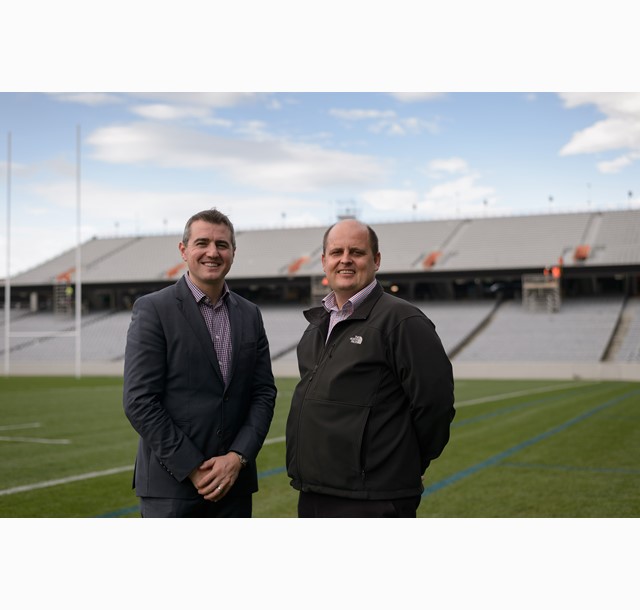 As the official consumer electronics partner for Eden Park, Samsung will immediately be installing its advanced LED signage in the East and West stands, providing over 100 screens across the stadium as well as installing Samsung's longest screen in New Zealand, for a combined length of 165 metres of signage. The partnership marks Samsung's first deployment of LED signage in New Zealand since entering the market last year.

"We are excited about the possibilities technology presents and will be working hard with Samsung to take the fan experience to the next level over the next five years," says Nick Sautner, General Manager - Commercial for Eden Park.

"Eden Park is a world class venue, and its history and profile is unmatched in this country. Partnering with globally renowned partners like Samsung is a great step for us to continue the legacy of the Park for today's fans, and future visitors," Sautner continued.

"Samsung prides itself on its innovation so to partner with an iconic brand like Eden Park, on projects that will enrich the game day experience for visitors and sports fans, is not only exciting but is an excellent example of Samsung enhancing consumers lives through technology," says Samsung New Zealand's Enterprise Sales Director Richard Burton.

Offering LED signage and screens throughout the concourse, in the stands and in corporate areas, the Samsung panels will be utilised during sports matches to further enhance the spectator experience.

As part of the strategic partnership, a dedicated Samsung demo space is being installed in the North Lounge providing fans with an immersive experience with Samsung's latest technology.

Samsung is also working with Eden Park to upgrade a range of its existing technologies as an important first step before venturing into other opportunities, setting Eden Park apart from other local and international stadiums.