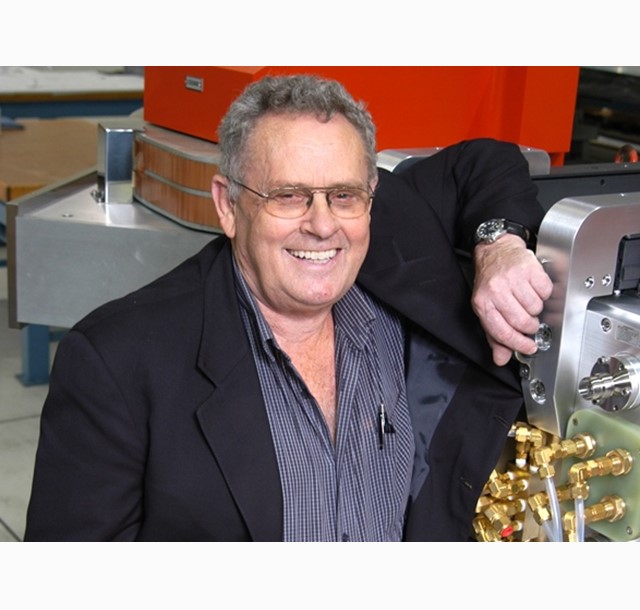 Boron Neutron Capture Therapy is not a new treatment, but making it a practical proposition has only been possible as a result of co-operation between Buckley Systems and engineers who used to work for GT Advanced Technologies in Danvers, Massachusetts and a Helsinki medical team.

A new company, Neutron Therapeutics, has been set up to make the technology viable as a compact, affordable and hospital ready source for a single neutron irradiation treatment.

"It's a three way partnership," said Bill Buckley, the President of Buckley Systems. "We're the machine experts, Danvers develops the equipment and the Finns have the medical knowledge and experience."

And it almost happened by chance.

GT Advanced Technologies had been developing an accelerator exfoliation machine for use in the solar industry and flat panel display but they could not be produced economically. Bill Buckley knew what the Americans had been doing as both companies were involved in complex engineering projects.

Another business acquaintance in Japan, where BNCT was also being trialed using a full sized nuclear reactor like the Helsinki programme, pointed out that with re-engineering, the accelerator machine would be suitable for Boron Neutron Capture Therapy.

Until now the BNCT treatment has only been done with full sized nuclear reactors, which produce enough neutrons to make it effective, but covers large sites and are several storeys tall. And individual supervising medical staff could only carry out limited treatments a year because of restricted availability of the reactor.

Staff from Helsinki University Central Hospital had carried out BNCT treatment successfully on 30 - 50 head and neck cancers over 12 years using a reactor at a nearby research institute, but the reactor was closed down in 2012 with no treatments being carried out since then.

Bill Buckley bought the accelerator assets and intellectual property from GTAT last November. Buckley Systems has been involved in upgrading the precision electro magnets in the nuBeam accelerator exfoliation machine to deliver the required amount of neutrons for Boron Neutron Capture Therapy to again be successful, without the risk of using a nuclear reactor.

"We've made it simpler and more reliable to provide 2.6 mega Volts instead of the 2 mega Volts it started out with," said Bill.

A full treatment suite, about the size of a basketball court, will go into operation in Helsinki late next year, overseen by the Finnish medical experts who have the most experience using BNCT. It uses the nuBeam neutron source combined with patient facing technology developed by Neutron Therapeutics to create the neutron treatment.

"There's no single cure for cancer," said Bill "But BNCT is a first chance."

The treatment is only done once after Boron is injected into the patient. It attaches to the cancer cells which are then bombarded with neutrons much more accurately than with other treatments which are more invasive and have more side effects.

The treatment does minimal damage to healthy cells and is expected to have similar costs per patient to other existing cancer treatments.

"BNCT treatment is a combination of drugs and a machine," said Bill "Other treatments have only one element - surgery, drugs or radiation."

Patients treated in Finland using the full sized reactor have had an average age of 60, with a high rate of success for often incurable cancers, but the technology can be applied to younger people, said Bill.

Environmental Choice New Zealand (ECNZ), the country’s most rigorous ecolabel has appointed Chloe Van Dyke to its Board of Directors. Ms Van Dyke is a sustainable business leader…