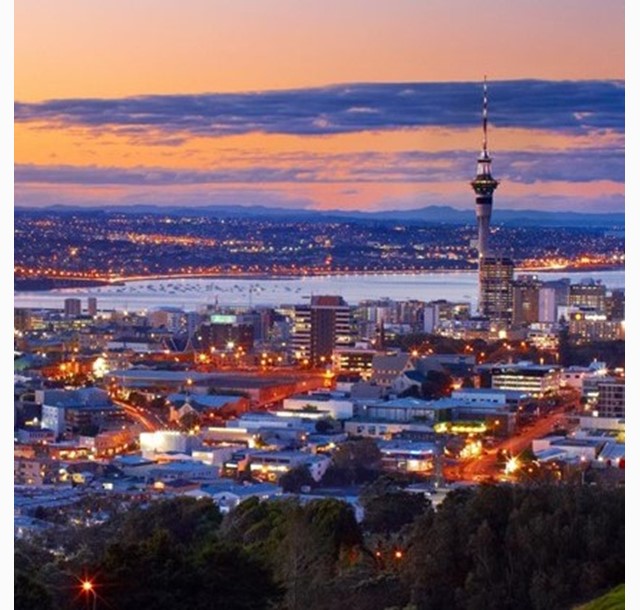 What could Auckland become within two generations? How do we become a truly global, liveable and sustainable city that is fit for the future?

The independent report, written by Koi Tū: The Centre for Informed Futures, is intended to stimulate open-minded conversation and debate.

Auckland Unlimited Chief Executive Nick Hill says Koi Tū was asked to think ahead about Tāmaki Makaurau Auckland’s long-term future. “Rather than focus on today’s plans, strategies and budgets we asked them to leap forward two generations – about 50 years – to suggest the kinds of evolution the region needs.”

The report presents nine integrated scenarios to provoke discussion about where the region is headed, from ‘a socially cohesive region’ and ‘a region of quality education’, to ‘a national park city’ (see notes below for the full list). It also suggests how the scenarios could be enabled by aligning local and central Government planning and strategy.

Nick Hill says Tāmaki Makaurau Auckland is Aotearoa New Zealand’s largest and most diverse city. It is the economic and financial capital of New Zealand, and the country’s main gateway for people and goods. Auckland has the largest Māori and one of the largest Polynesian populations in the world and will soon be a region of two million people – a remarkable resource for the entire country.

He says the time is right for well-informed, deep and wide discussions about Auckland’s future:

Koi Tū director and report co-author Sir Peter Gluckman said the scenarios describe a view of Auckland in 2070, setting the stage for a better life for future generations of Aucklanders. The scenarios are based on more than 120 expert and stakeholder interviews and focus groups to capture a range of perceptions, trends and dynamics.

“The scenarios represent pragmatic outcomes that could harness the potential of Auckland’s many assets, including those that are under-appreciated and under-leveraged. Some changes build on existing plans, others suggest bolder moves to reduce inequities in opportunity and access to services and amenities, and to enhance social cohesion, sustainability, liveability and connection to the natural environment, while supporting a thriving innovation ecosystem that powers New Zealand’s economy.”

Sir Peter says the paper is neither a plan, nor a strategy, but an intentional provocation: “It identifies assets that could be used better and highlights the barriers that inhibit Auckland’s progress.”

Sir Peter said the scenarios challenge decision-makers to consider transformative change: “Auckland is being impeded from reaching its potential by fragmented decision-making and funding processes, and the lack of a joined-up vision and strategy that is agreed by both central and local government and endorsed by its citizenry.

“Changing Auckland’s trajectory will require rethinking its structures of governance, management, planning and funding. Auckland’s size, shape, needs and contributions to New Zealand justify a distinct design for its governance. Central and local government need an aligned vision and long-term strategy for Auckland through a mechanism that is sufficiently stable to survive political cycles,” says Sir Peter.

The report calls for the establishment of an Auckland Commissioner for Future Generations to enhance and safeguard intergenerational planning. It also says Aucklanders need to be able to engage more actively in their own future and that of their descendants, through new ways of ensuring democracy.

“Auckland Unlimited will pick up and run with the region of creativity and culture, and innovative region scenarios from the report as they fall squarely within our mandate. The report validates the work we are already doing in these areas and encourages us to accelerate it.”

Hill says Sir Peter outlined the project idea in a future-visioning speech he gave to the Auckland’s Future, Now event last year. “Auckland’s Future, Now is aptly named because there are pockets of these scenarios already happening within our region’s world-class creative industry – they just need more focus and investment.”

The report was commissioned by Auckland Unlimited with the support of Auckland Council, the Auckland Policy Office and Eke Panuku.

Hill says Auckland Unlimited will work with other CCOs, business and other interested organisations to develop other scenarios outlined in the report. Meanwhile Auckland Council’s Democracy and Engagement team is exploring potential opportunities with Koi Tū to pilot some of the deliberative democracy approaches advocated for in the report.

“There is incredible depth in this report and it will take time for Aucklanders and government agencies to fully absorb its implications. It is insightful and inspiring and we hope it will provoke robust discussion and debate among Aucklanders and New Zealanders so Tāmaki Makaurau Auckland can realise its great potential to benefit us all.”