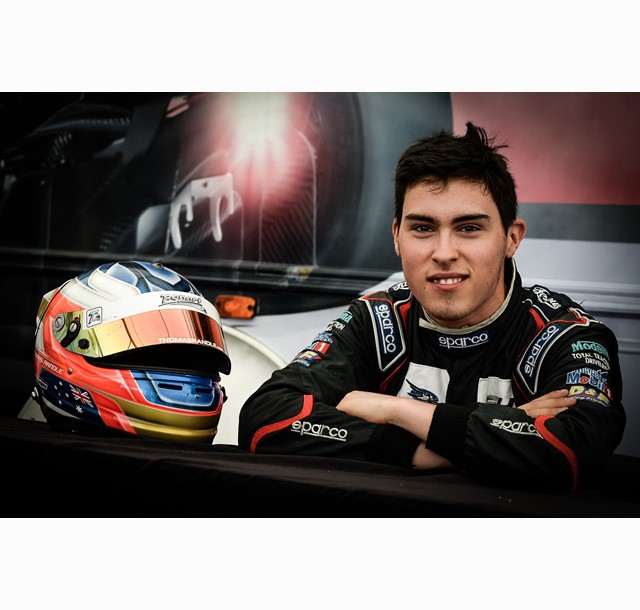 He has competed in many different types of single-seater cars in his short career so far and is considered to be one of the favourites lining up to challenge for the series title.

Randle first competed in the 2015 TRS series, finishing in 10th place overall in his rookie 'wings and slicks' debut attempt at the five-round, 15-race series, with podium third place finishes at Ruapuna and Taupo.

Last summer he made a one-off appearance at the New Zealand Grand Prix meeting at Manfeild, where he finished fifth, setting the third fastest lap time on the day.

Now he is looking to make the most of his previous experience here and target top results.

Randle won the Australian Formula Ford title in 2014 with five wins and seven podium places over 18 races. This came after a younger career in karting, where he won both the Junior Clubman and Junior Rotax titles in 2012.

He went on to finish runner-up in the Australian Formula Four Championship in 2015, with seven wins and another eight podiums in the 21 races.

This year he moved to the UK to concentrate his efforts on the British Formula 3 Championship, winning two races and scoring five other podiums to finish fourth overall in the 23-race series.

"I am extremely excited to be on the grid for the 2017 Toyota Racing Series," said Randle.

"With two years of 'wings and slicks' experience behind me I feel I am ready to head back to New Zealand to line up against some of the best young drivers from Europe and the South Pacific. I believe I can give the title a really good crack."

Randle said he was also looking forward to working with the Victory Motor Racing team again after running with them in the New Zealand Grand Prix earlier this year.

Randle will drive a Tatuus single seater, powered by a 1.8 litre Toyota engine producing about 160 kWs running on an 85 per cent ethanol bio-fuel. All cars use the same Michelin tyres, gearbox, suspension and brakes to provide as close as racing as possible, with driving skill being the deciding factor.

This summer the series concludes with the New Zealand Grand Prix at Manfeild near Palmerston North on February 11 and 12.