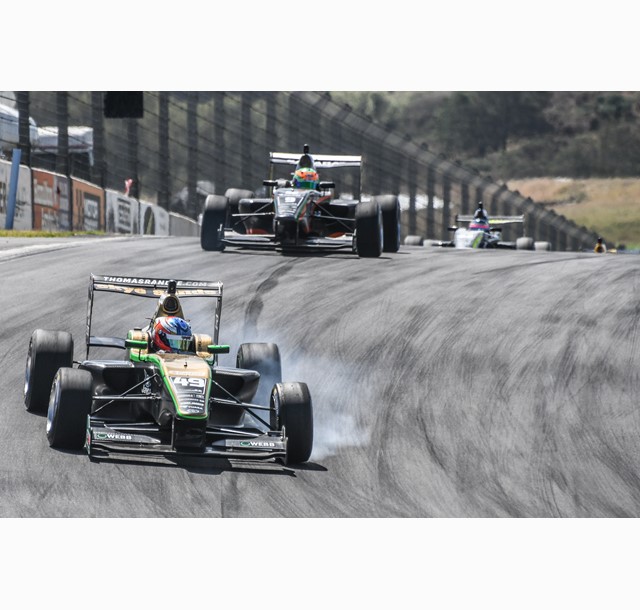 In doing so he set a little bit of history, becoming the first Australian in 42 years to win the most prestigious trophy in New Zealand motor racing.

The last successful driver from across the Tasman was Warwick Brown, who won the New Zealand Grand Prix at Pukekohe in 1975. The most famous Australian name on the solid silver trophy is former triple World Champion, Sir Jack Brabham, who won it three times at Ardmore in 1958, '60 and '61.

"It's unreal. I've dreamed about this," said Randle. "And it's a relief. I've been fast for the last two weekends."

Randle lost a race win at Teretonga last weekend when he was relegated for jumping the start and then spun away the lead in the main race.

He had pole position for Saturday's preliminary race at Hampton Downs, but fell foul of the slippery track conditions on the opening lap and had to settle for third.

"It's awesome. The Victory Team has given me a great car. Now we'll have to see what we can do at Taupo."

Randle had to cope with the pressure of two safety car periods, the second when series leader Richard Verschoor clipped the back of Marcus Armstrong's car. The Christchurch driver was forced out with damaged rear suspension, while the Dutch teenager restarted 18th from the pit lane after changing a damaged front wing.

He fought his way back to 12th place, but was penalized 30 seconds for the collision with Armstrong, which put him back in 16th place. Verschoor still leads the series, although Randle's victory means the margin has been reduced from 80 to 23 points.

Austrian Ferdinand Habsburg turned in his best drive of the series to finish second after starting seventh, while Jehan Daruvala (India) claimed third after Pedro Piquet had a brief off track excursion and lost two places on the last lap.

The best Kiwi was Taylor Cockerton (Pukekohe) who finished seventh after starting tenth, while Brendon Leitch (Invercargill) had a weekend to forget from 13th on the grid, tangling with American Kory Enders and being forced to change the front wing to finish 18th.