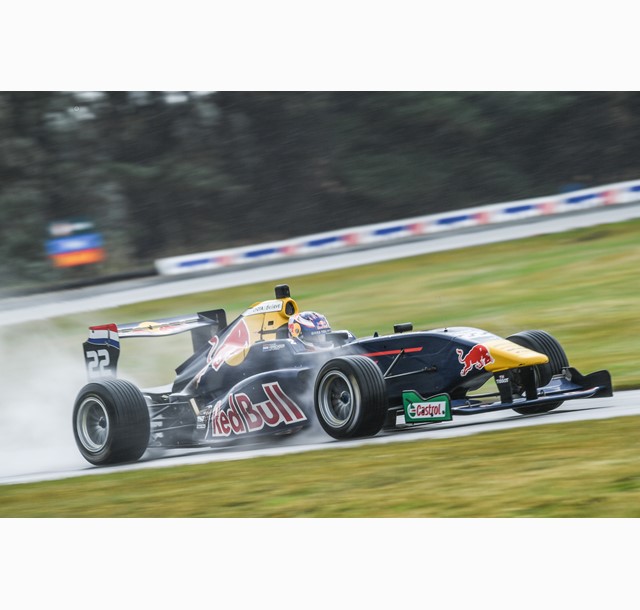 He took the lead on the seventh lap after early leader and the closest driver to him on the points table, Thomas Randle spun away his advantage at the tight left hander leading onto the main straight.

From there Verschoor built up a 10 second advantage over Jehan Daruvala and won as he pleased. "I quite like the rain," said Verschoor, who now has a 58 point lead over Randle, who recovered to finish third as the field strung out in the testing conditions.

Verschoor said he had done a lot of wet weather driving in his Karting career. "I could manage the pace today, but I've still got more to learn, but I think today was quite all right."

Pole sitter Brendon Leitch had a day to forget. In the preliminary race in the morning he was involved in a three car accident before the first corner, which amazingly did not involve more cars in the dense clouds of spray.

"The team did a great job replacing a broken bellhousing and some suspension," said Leitch. In the main race Randle took the lead and Verschoor passed Leitch around the outside in the first corner.

As the race progressed, Leitch slipped back down the field to finish seventh, as the car's handling deteriorated in the conditions as the car's chassis began to flex increasingly more, probably as a result of the morning accident.

Christchurch's Marcus Armstrong finished fourth in both races, to become the leading Kiwi on the points table, while Pukekohe's Taylor Cockerton had a fifth and a ninth from a low grid position after problems during Saturday's qualifying.

Austrian Ferdinand Habsburg, who had also been involved in the morning accident and initially held third in the main race, also spun off and finished 17th.