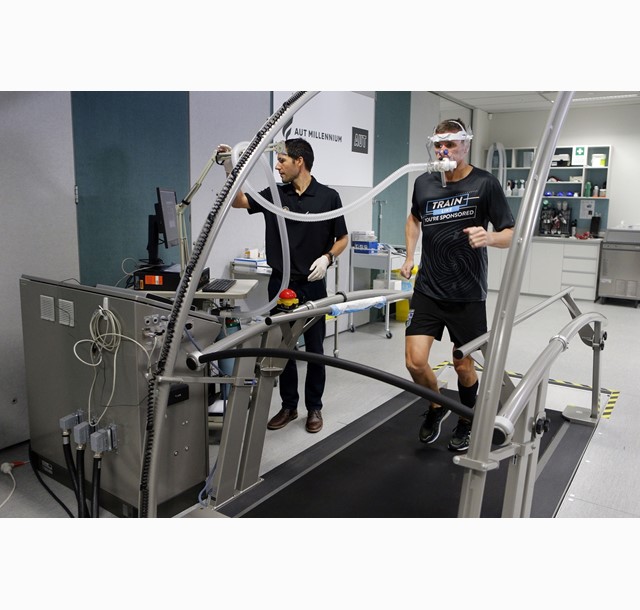 Harvey can rightly be described as radio's marathon man - he's survived in the industry for more than a quarter of a century and he's addicted to running marathons.

He says he was keen to be an ambassador for the Games because they encapsulate what drives him - the love of sport.

"I am an exercise addict. I wasn't always this way, it was an addiction that grew over time and now I cannot imagine my life without regular exercise. If I can encourage others to get out there and give something a go then I will," Harvey says.

He says his goal in the Games half marathon will be the same as it is when the gun sounds for the start of any race.

"I will try and run a personal best. For me, that's the joy of running. It is not about beating other people. It is just about beating yourself and what you have done in the past, whatever your age may be."

Harvey was influenced by his mother's love of running and started out in 10km fun runs before competing his first marathon at 14. He's now completed about 13 marathons and tries to do one or two a year.

He even credits running with saving his life after he collapsed and almost died in the Auckland marathon a decade ago.

"A giant tumour was discovered in my abdomen.  Some cheeky friends say it was running that almost killed me.  The truth is it was the running that saved me.  Had I not been running, the tumour may have killed me before it was even discovered," Harvey says.

He has set himself a goal to run the six events that make up the 'World Marathon Majors' and so far he's ticked off Boston, New York, London, and Chicago and is planning to complete the Berlin race in September.

He's had a helping hand towards that goal and his WMG2017 half marathon, having been put through his paces at the AUT Millennium Sports Performance Clinic on Auckland's North Shore to benchmark his fitness - a gut-busting cardio-respiratory test which required him to run on a treadmill almost to the point of collapse while his breath, maximal oxygen intake and lactate threshold were monitored and analysed.

The results are being used to formulate a bespoke, monitored training programme which he will undertake between now and WMG2017 to help him achieve his goals in Berlin and Auckland.

WMG2017 Chief Executive Jennah Wootten says while Harvey is better known as a media personality he is also a gutsy athlete whose approach to running embodies the spirit of World Masters Games.

"Dom is a WMG2017 ambassador who will represent the weekend warriors that will make up the vast majority of the 25,000 athletes at the Games - those who have day jobs and who have never been full time or professional athletes but who push themselves and enjoy competing for the love of sport," she says.

The goal of the World Masters Games is to encourage participation in sport throughout life. Competition and camaraderie are equally celebrated. There is generally no need to qualify or be selected to compete. Anybody who is over the minimum age for their chosen sport, and meets the minimum disability classification requirements in the case of para-sports, can take part.

"It's great to see that, like many of our ambassadors, Dom's backing his words with action by training and competing at the Games in Auckland."

While he will be dedicating much of the next 10 months to running training, Harvey's day job is as a radio DJ. He is one-third of The Edge's Morning Crew with his wife Jay-Jay and Clinton Randell.