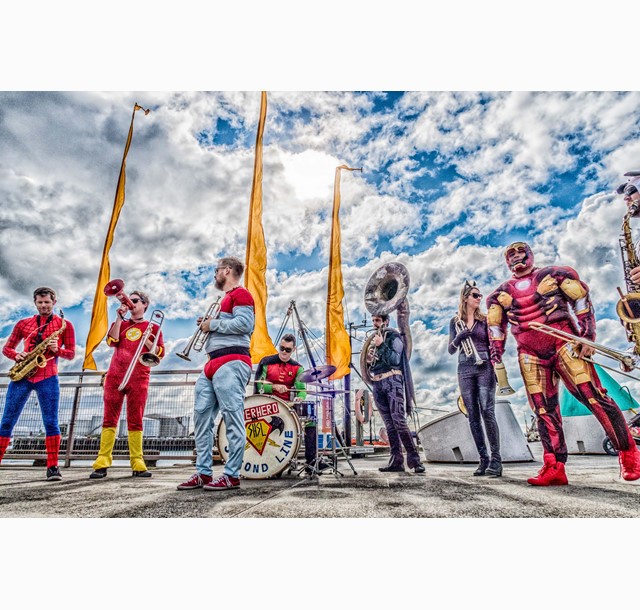 With just six months to go until the WMG2017 Opening Ceremony, organisers have announced Queens Wharf as the social hub of the Games - featuring a diverse entertainment programme for participants and the public, stretching from arts and cultural displays, to food and wine, to comedy and music.

The World Masters Games is the world's largest multi-sport event by participant numbers, regularly attracting upwards of 25,000 participants from 100+ countries. It is the largest event New Zealand has hosted since Rugby World Cup 2011 and the largest the country will host in the next decade.

"Athletes come to compete on a world stage against their peers, but they also want to party, to soak up the vibe of the host city, and meet their fellow participants along the way, she says.

"Queens Wharf will be the hub of the Games for both competitors and the public. We hope the combination of arts, performance, food and culture will showcase Auckland at its best and build a sense of belonging for the whole city."

WMG2017 is working in conjunction with Auckland Arts Festival and award winning multi-instrumentalist, singer/songwriter, composer, actor, performer, director and producer Tama Waipara, who is responsible for shaping the programme for the Queens Wharf Entertainment Hub.

Mr Waipara says Queens Wharf will be about celebrating a group of people coming together to do something exceptional.

"This is a chance to show off our city so we'll include any and every flavour of the city we can pack into it - from the physical location to the people and what they can do," he says.

"We want to excite all the senses. We want people to taste the flavour of our city - through food, laughter, movement and dance, fun, play and performance - and enjoy the excitement of coming together as part of a big family."

The festival will see activations right across Queens Wharf:

Some of the many activities planned for Queens Wharf will include pop-up food experiences, special demonstrations, a family zone, comedy performances and plenty of music from jazz and swing to rock and hip hop. Visitors to the country in particular will enjoy the flavours of New Zealand in a range of food offerings highlighted by those from food partner The Kitchen c/o SkyCity.

The festivities on the wharf will commence with a weekend of welcome from Saturday 22 April and conclude with the Games Closing Ceremony on Sunday 30 April.

"The Games take place during the school holidays which means families can take advantage of the activities on offer, and entry to the wharf itself will be free," Ms Wootten says.

WMG2017 will feature 28 individual and team sports played across 48 venues in Auckland and the Waikato. Recognised by the International Olympic Committee, the Games celebrate sport for all for life, breaking down notions that competitive sport is only for the young and the gifted.

"Winning gold is only a motivator for some athletes," Ms Wootten says. "World Masters Games competitors are a mix of ex-Olympians and regular sports people, and everything in between. It's participating that counts, and achieving your own goals, whatever they may be."

With six months to go until World Masters Games 2017, the spotlight is on the summer season and the opportunity it provides for sports lovers to get Games ready.

Summer sports in the WMG2017 programme include Athletics, Baseball, Rowing, Sailing, Surf Life Saving, Swimming, Tennis and Touch. Canoe disciplines such as Dragon Boat, Waka Ama and Slalom are in the mix, along with Cycling events such as Road, Track and Mountain Bike.

WMG2017 General Manager of Sports and Games Operations Greg Warnecke says while some of the Games' 28 codes have already sold out, 23 sports are still available on the programme.

"World Masters Games 2017 offers the perfect conclusion to the summer season. Competitors at any level - from novices to world beaters - can take advantage of a once in a lifetime opportunity to compete on a world stage in April next year," Mr Warnecke says.

"There's also no need to qualify or be selected.  As long as you're over the minimum age for your chosen sport, you can take part."

WMG2017 offers different competition grades from competitive to social, giving people of all skill levels the opportunity to compete against athletes of similar capability for medal honours.

Participants can choose from Bronze, Silver and Gold registration packages with payment plans available. To find out more and register visit www.worldmastersgames2017.co.nz.