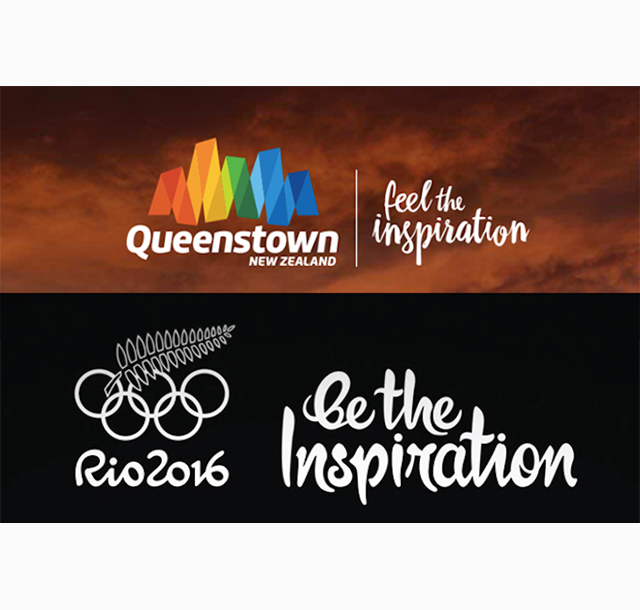 You - or more probably the agency working for you - may be one of those.  And you may feel you've come up with a name, a logo, an image that's going to be the rock on which you make your millions.

But there's definitely a risk here.  It's entirely possible - perhaps even probable - that someone somewhere is developing a similar name, logo or image - or may already have done so.  There's not much new under the sun.  The Register of trade marks continues to grow exponentially; with new marks well exceeding the ones that get removed or expire.

Unaware of this, you or your agency could take your brand all the way to its finished state at much expense - only to be gazumped by someone who has already registered the same or a similar brand.

That was the case with a person I knew whose agency developed a trade mark for a client who then sought to register it in 17 countries where it proposed to do business.  In 16 of them, no problem.  But in the 17th someone had beaten them to the draw.  It was a major market - their number two prospect; denied entry to it, and not prepared to have a different brand in that one country, the client dropped the brand altogether.

It was a shattering lesson.  But it might have turned out quite differently had the agency (or the client) taken some simple steps to ensure the proposed brand could be used and registered in all the countries of interest to the client.

Let's step back and look at what a brand is - and how you can protect yourself on the journey to developing one.

In branding you focus on establishing a trade mark - typically a name or logo - and what's known as "get up". That's the colours you use, the fonts, images - the elements that shape how the brand as a whole appears to consumers.  A rival doesn't have to have an exact replica get-up; if it's similar enough across any of the parameters - wording, imagery, colours and so on - it could cause confusion.  And if that happens, you have a problem.

New Zealand used to be relatively isolated from many markets and brand clashes weren't such an issue, particularly if you traded in NZ and didn't export.  But we're a quite different economy now; we export more (and export more branded products) and many countries export to NZ.  You have to be aware of whether your brand is going to clash with another one coming into NZ, or in competition with you overseas.  How do you find out what's out there, and when should you go looking?

The place to start is when your or your agency's initial brainstorming has surfaced, say, six possible brand names.  At that point you should arrange for both an on-line search for identical and similar trade names (what IP lawyers call a "common law" search), as well as a search of the Trade Marks Register for anything identical or similar that has been registered in NZ or in the overseas markets that will be important to you.

That may leave you with a shorter list - or all six may be safe, in which case you pick the one or two that appeal best.  You work those up, developing the branding make-up - the fonts, colours, style, layout and so on.

Time for check number two: this is a more complicated search where you go broader and look for any identical or similar goods or services whose logo and imagery might have a similar "get up" - if they do, they could cause confusion in consumers' minds which would be cause for court action. This is particularly the case in FMCG where consumers hastily browsing supermarket shelves often have what's called "imperfect recollection" - they're not sure of the exact brand but vaguely recognise the colours, the product shape and the like, and pick the goods on that impression.  "Look" similar to a competitor - and there's an issue.

Let's assume you successfully pass that stage.  Step three involves the branding "story" or "narrative": what your brand is about - its attributes, its promise, its catchline, its single-minded proposition and so on.   It is prudent to compare your story with what your competitors' stories look and sound like.  There may be similarities and the risk of certain issues arising, but some simple refinements at this point may avoid trouble down the track.

A search programme like this is simply good insurance: the cost of getting a small number of search reports done is small compared with the overall investment injected into a new brand in its fledgling years, even at the lower end of the scale. There's no downside to doing it.  And there are plenty of salutary examples out there of costly branding oversights:  movie-streaming site Lightbox first wanted to be known as ShowmeTV - till Show TV and its joint venture Show Me objected, and Auckland City Council ran into problems a few years back when Triangle TV opposed their new logo on similarity grounds.

For agencies this seems a no-brainer: such a set of checks should be built into the service model as a standard operating procedure.  At worst, a client could be left with brand clash issues arising down the track that cause a great deal of expense, marketing delays and grief; and what comeback do they have?  The Sale of Goods Act and Consumer Guarantees Act give recourse to a product being "faulty" but there's no "Sale of Services Act" that protects against a branding oversight such as we've described.  A hole in the law perhaps?

Ben Cain is an Associate with Intellectual Property Law firm James & Wells, based in Hamilton, specialising in litigation and dispute resolution.