Off-duty lifeguards go above and beyond 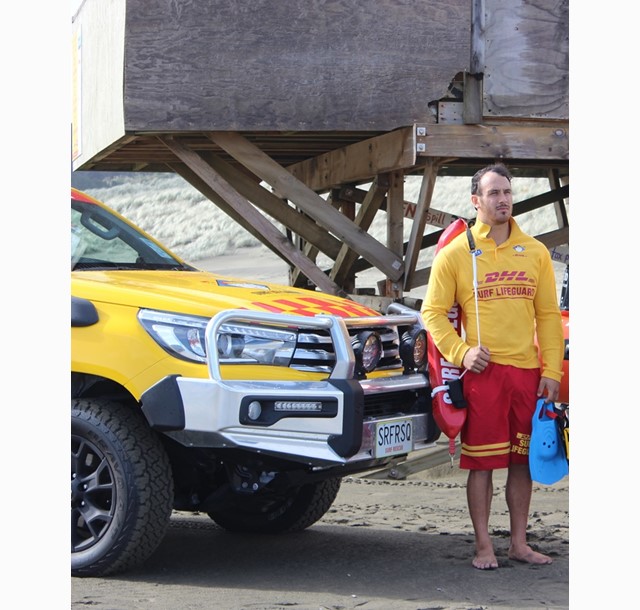 It is an indication that beach activity is ramping up in Surf Life Saving's Northern Region before the official  season opening over Labour weekend, 22nd October 2016.

Senior lifeguard Zane Rademaker was involved in a pre-season Rescue Water Craft (RWC) training exercise last Sunday afternoon at Te Henga (Bethells) Beach when he noticed a large surging wave sweep up over three beachgoers who were crossing the estuary with their dogs.

The next day six off-duty lifeguards responded to an emergency callout at Murawai. A member of the public called 111 after observing a distressed surfer and police notified the Muriwai Emergencey callout squad. The team conducted a 40 minute land and sea search and confirmed that the surfer had made it safely to shore on their own accord.

Matt Williams, CEO of SLSNR, says it was a happy ending for the dog and its owner thanks to the the lifeguard being in the right place at the right time. And, while the surfer didn't require assistance, the callout demonstrated that communication channels and response plans for afterhours emergencies are working well ahead of what is expected to be a busy summer.

"Muriwai is known for its strong currents and big surf, but Surf Life Saving Northern Region would like to take this opportunitiy to remind beachgoers to exercise caution at all coastal loactions when lifeguards are not on duty. If you do seem somone in danger please dial 111 and ask for the police."