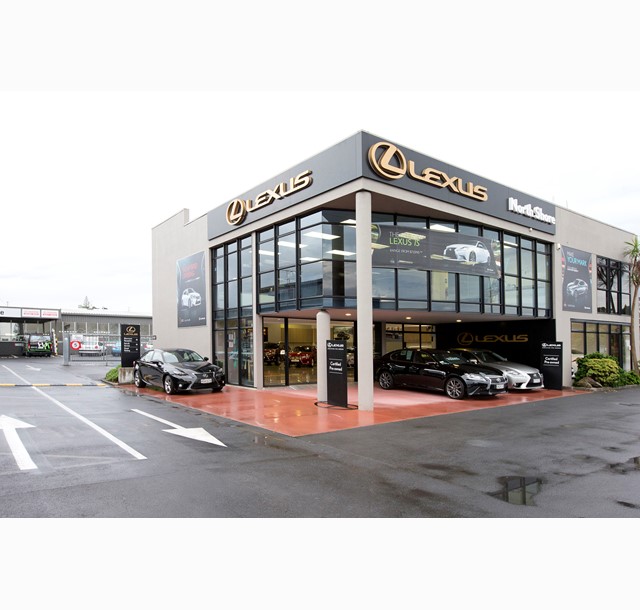 This has brought wider benefits to the company. The installation of LED lighting at the Wairau Valley site in May has seen power usage drop 32,932 kWh in the six months to November, a saving of $5,927.76 - nearly $1,000 a month.

Lights were upgraded in the workshops, showrooms and all outside yards.

Tom Kelly, the dealer's Environmental, Health and Safety Coordinator said that lighting at the Henderson and New Lynn sites is now being investigated for even greater power savings and plans to study the use of solar power in 2017.

The company has also increased its recycling efforts and reduced the amount and cost of waste to landfill.

The dealership is now recycling 1.8 tonnes of paper a year, as well as glass, plastics and cardboard.

Introducing the recycling programme wasn't as hard as expected. "We just had to raise awareness of the cause and make it easier to access recycling bins on site," said Mr Kelly.

The dealership now has more smaller recycling bins closer to where everybody works, making it easier for them to dispose of recyclable materials without leaving their work area.

Raising staff awareness of their responsibilities to the company's environmental performance is an important part of the Diamond certification.

"Another significant element was recording our procedures and tracking the progress of projects as this leads to not just improved environmental management but also reduced costs for our business."

The dealership has been part of a nationwide initiative by all Toyota dealers to meet Enviro- Mark certification to reduce consumption of valuable resources and save money doing so.

Toyota is the only car company in New Zealand where it and all its dealers meet the Enviro- Mark standard.

"The financial savings that accompany environmental projects is a bonus for our dealers, and should encourage other small businesses to get involved," said Tristan Lavender, Toyota New Zealand's Environment Officer.

Toyota and the wider dealership commitment to lessen their environmental impact have been applauded by Dr. Ann Smith, the Chief Executive Officer of Enviro-Mark Solutions.

"This is a profound achievement. All Toyota New Zealand dealers have accomplished significant environmental improvements in the last five years."

"They are a great example of what owner-operator businesses can achieve through a collective approach."

North Shore Toyota's adoption of environment saving policies in its business since 2008 is a reflection of Toyota's values both nationally and worldwide.