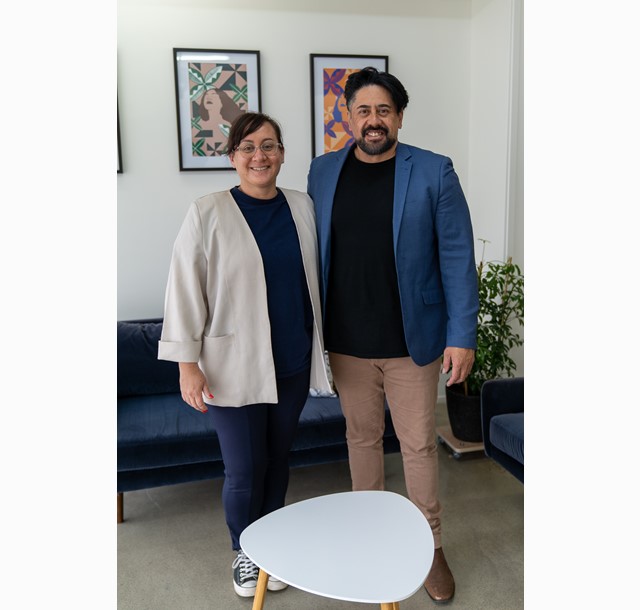 “The space is everything you would expect of a modern co-working environment, but an Impact Hub is much more,” says Impact Hub Director and South Waikato Development Lead Nanise Ginnen.

“We are a part of a global community of more than 100 Impact Hubs in more than 50 countries. Over the last two years we’ve built an entrepreneurial support offering with a focus on building entrepreneurial skills and fostering a community with a shared desire to use business as a vehicle for positive change in the world.  We look forward to bringing this offering to start-ups in South Waikato, and to providing a connection with the vibrant Kiwi start-up scene in wider New Zealand.”

South Waikato District Council Mayor Jenny Shattock said councillors were so impressed when the Impact Hub concept was presented to Council that they resolved to fund the venture by $120,000 over the coming two years. The South Waikato Investment Fund Trust has also committed $150,000.

Ms Ginnen said a Digital Space in the hub set to open later this year will provide digital capability building opportunity for businesses. “Waikato has developed a reputation for being a leader in technological development, with more than 50 information technology companies based here. Tokoroa and the South Waikato are on the periphery of this development, and this is an excellent opportunity to focus on building digital competency, entrepreneurial skills and developing linkages between regional tech companies and budding young talent from South Waikato.

“Impact Hub South Waikato looks forward to delivering a range of opportunities to learn through workshops, events, entrepreneurial and business support options. The first event on t13 October is an Impact Hub partnership with Waikato website company Rocketspark, where local businesses not yet online will learn to build and manage their own websites and local IT professionals will be enabled to support them through the platform.”

Mayor Shattock said the new Impact Hub and a $14 million Trades Training Centre being built at the northern entrance to Tokoroa with a $10.8 million Government grant and co-funding from Trust Waikato and the South Waikato Investment Fund Trust (SWIFT) would enable young people to learn without having to leave the district.

She said South Waikato was on a roll for new business initiatives with international food and beverage leader Olam Food Ingredients’ (OFI) having just announced plans to build a new dairy processing facility at Tokoroa.

OFI ranks among the top three dairy suppliers in the world. The Tokoroa plant will become part of a global network that spans 20 major milk consumption markets, such as South-East Asia, China, the Middle East, and Africa.

Mayor Shattock said OFI would join Japanese-owned Oji Fibre Solutions, which owns and operates the Kinleith pulp and paper mill just south of Tokoroa, as major industrial plants in South Waikato. The OFI announcement follows the opening in April by locally-owned company Better Eggs of its 139-hectare free range forest near Tokoroa that is set to become New Zealand’s leading egg production site over the next five years.