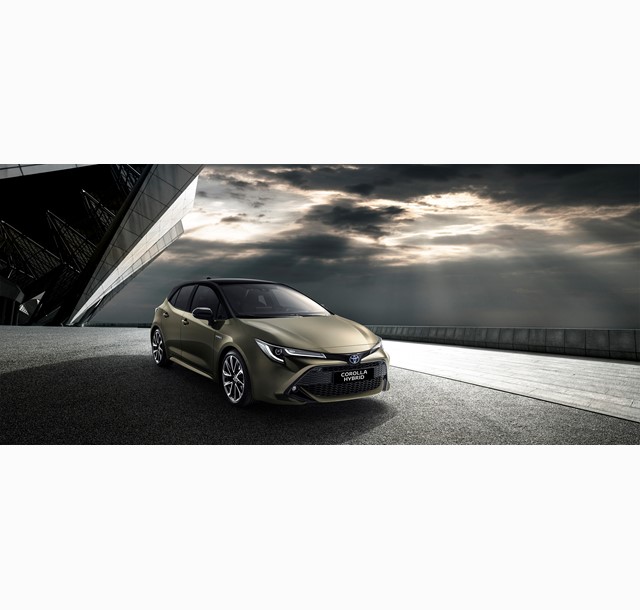 Badged as an Auris for the European market the next-generation Corolla hatch - is built on a new platform that gave designers the freedom to create a visually distinctive and individual look.

"It's going to be a brand-new ground-up build, on Toyota's new global platform, with a more gratifying driving experience."

Longer, wider and featuring a longer wheelbase than the current car, the new Corolla hatch is imbued with a lower stance and more appealing proportions.

The TNGA platform features a lower centre of gravity, multi-link rear suspension and a more rigid body shell that contributes to better handling and stability without compromising ride and comfort.

A choice of hybrid electric and petrol powertrains are provided for the new model. This includes the latest version of Toyota's 1.8-litre hybrid powertrain.

Its fuel efficiency will rival the hybrid halo model, Prius, while fulfilling all the requirements customers have come to expect from a Toyota hybrid powertrain - silent, intuitive, responsive and self-sufficient.

Corolla hatch's overall length has been increased by 40mm, all of which has been absorbed within the longer wheelbase. The roof's peak has been lowered 25mm, while the cowl height is a significant 47mm lower than the current model.

The result is a sleeker shape and a more attractive, lower bonnet, which in turn improves safety by giving the driver a clearer forward view.

The surround to the large, trapezoidal lower grille is less pointed and more vertical, resulting in a front overhang that is reduced by 20mm.

Rear design is more rounded, strengthening the visual relationship between the front and rear of the vehicle. An increase in rear windscreen rake of 14 degrees combines with the muscular hip adopted above the rear-wheel arch to make the overall appearance more compact, even with a 20mm increase in rear overhang.