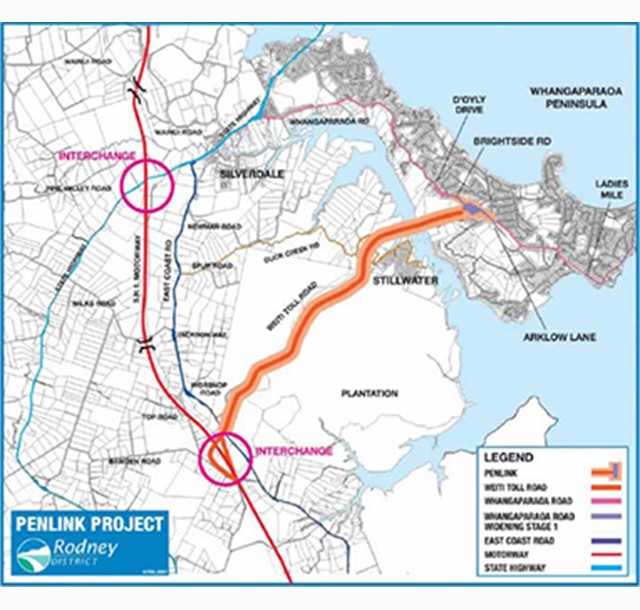 Work on both projects - an alternate link to the Whangaparoa Peninsula from state highway one and a major link from Flat Bush to Drury to take pressure off the southern motorway - was originally only scheduled to get under way in 2030.

"It's great news they have been brought forward to the first 10-year plan of the Auckland Transport Alignment Project (ATAP), said David Aitken, NRC's CEO.

"But now we need to get on with it," said Mr Aitken. "There has been some detail on the projects being done in stages, with planning for future-proofing."

Mr Aitken said the projects need to be future proofed now. "By the time Penlink is built the two lanes won't be adequate, so they might as well build the four lanes straight away."

Puhinui Rd, the southern link to the airport is also listed for an upgrade from its current two-lane operation.

All are designed to ease Auckland's congestion problems and cater for the needs of a growing population.

Mr Aitken said while he was happy with today's announcements he was still looking for details on the revised lower cost plan for the East West link between Sylvia Park and Onehunga.

"It is the key piece of infrastructure for greater Auckland and easing the congestion problem."

Mr Aitken said the NRC could not envisage the East - West link working on a different route from that which has already received Environment Court approval.

It is designed to take pressure away from Onehunga and the Church St -  Nielsen St corridor, which carries over 6,000 heavy freight vehicles a day as well as other traffic.

National Road Carriers is the leading nationwide organisation representing companies involved in the road transport industry. It has 1700 members, who collectively operate 15,000 trucks throughout New Zealand.