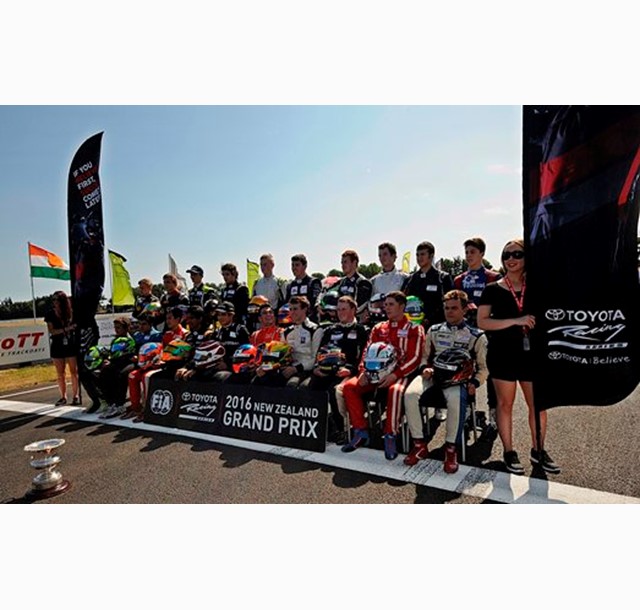 The fund was set up last year and provided support for Brendon Leitch of Invercargill, James Munro of Christchurch and Pukekohe's Taylor Cockerton.

Leitch finished third overall, winning one race, while Munro was seventh with three podium finishes and Cockerton in his debut season was ninth in the championship.

"We know it's not easy financially for drivers to step up from the lower motorsport classes to do a full season of the Toyota Racing Series, so making more funding available for talented young drivers who mightn't have the opportunity otherwise is a great help."

The fund's independent trustees consider applications from drivers for funding assistance before each series. Successful applicants use funding to offset some of the cost of leasing a Toyota Racing Series single seat racing car.

Other supporters of the fund include Poste Haste Couriers and Michelin tyres.

The ultimate goal of the Kiwi Driver Fund and the Toyota Racing Series is to get more New Zealand drivers performing at the highest level in international motor racing.

Previous Toyota Racing Series champions, Aucklanders Mitch Evans and Nick Cassidy, have won the GP3 and Japanese Formula 3 Championships respectively and Shane Van Gisbergen is one of the front runners in the Supercar V8 series.

"I've made a commitment for next 20 years to develop young New Zealanders in motorsports," says Quinn. "Look at what our young stars are doing on the world stage at present - they have done it with some help from some fantastic people and organisations like Toyota, but there's not enough help. I want to see it be better, more organised and more sustainable.

"I admire what Toyota is doing for the future development of Kiwi racing drivers with the Toyota Racing Series and I will be encouraging members at Highlands and Hampton Downs to get involved too," said Quinn. "There is a depth of natural talent in New Zealand that is fostered on many different levels around the sport to create something incomparable around the world - is there something in the water? I feel as guardians of the sport, we should be doing what we can to assist these young Kiwis and their journey to the world stage."

"Our involvement in the Kiwi Drivers Fund offers a fantastic way for our members at Hampton and Highlands to support young New Zealanders with the talent to keep flying our flag on race podiums all over the world. Our members have been looking for ways to give something back to the sport they love.

"Of course, if a member wants to take their support a bit further with direct sponsorship of a funded driver, they can, and what a positive influence on the sport and a young sportsperson's future that would be. Tony might say that many of the members have passed their used by date on the world stage, but they are at a point in their life where they get enjoyment out of assisting people achieve excellence. Let's remember Tony is a member too!"

"Highlands has always been about creating a legacy - we've developed an array of exceptional experiences that now sees our membership at full capacity. We're delighted to work with members to support up-and-coming racers who have massive potential with a focused effort through the Kiwi Drivers Fund. We are confident, that alongside Toyota, we will be backing more Kiwi legends on the world stage."