Lifeguards gear up for Anniversary Weekend 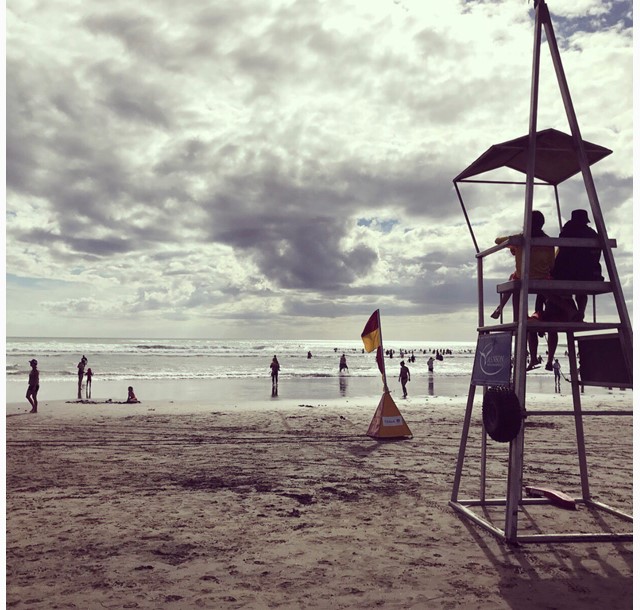 Northern Region Operations Manager Adam Wooler says forecasts for Auckland Anniversary Weekend are for fine weather and large swells on the west coast, "so we are expecting more of the record beach numbers we've been getting this summer."

Adam says the month of patrolling since Christmas has knocked the record books around.  "We've seen almost a 170% increase in rescues compared with the same period last summer, and almost as much of an increase in searches for people missing on the beach. We've also carried 3000 hours more in volunteer patrols this summer than last year."

Adam says the number of people on the Auckland, Northland and Waikato beaches at peak times is around 30,000 more than in the 2016/17 summer.

The one statistic that isn't up for the Northern region is drownings, says Adam. "Thus far, we've been able to avoid any tragic outcomes on our patrolled beaches but we've had a great many close calls.  We can't take all the credit for this, and though Mother Nature has made it difficult at times, the improved behaviours by beach-goers has been a contributing factor. We're determined to do our best to keep that figure at zero for the region and the public will have to help us by continuing to act safely at the beach."

That means the hardy perennial messages around swimming between the flags and avoiding rips - and assessing conditions before entering the water, says Adam. "These should be a habit by now, like doing up your seatbelt when you get in a car.

"We'd like to think behaviour has improved - and at many beaches we are seeing much more sensible actions by swimmers. There is always room for improvement though and the high number of rescues still indicate some poor beach-goer behaviours."

Adam says recent weekends have left lifeguards literally shattered at the end of patrolling days that often extend more than eight hours.  The longer patrols have come about because of a change to the patrolling model this season, says Adam.

"We've been trialling an extension of patrols until 7pm at necessary locations and we think this has made a difference to the outcomes.  In the past we might have expected to see more search and rescue activities happening - which usually occur after hours - but having patrols active for longer in the evening seems to have had some positive effect on that."

Adam says the new patrol model, which is being trialled at the Auckland beaches this summer, is likely to be extended to the region's Northland and Waikato beaches next summer.  He says the new model arose from studies into coastal beach safety around Auckland by Surf Life Saving New Zealand researcher Nick Mulcahy, including a review of rescue patterns, beach signage and public rescue equipment.  "Nick's research identified that the early evening period was a time when incidents tended to happen and it made sense for lifeguards to be there at that time, so we have reconfigured our service to align with that."

The 7pm patrolling cut-off will continue on some SLSNR beaches until Waitangi Day, says Adam, moving to 6pm for the rest of the patrol season.