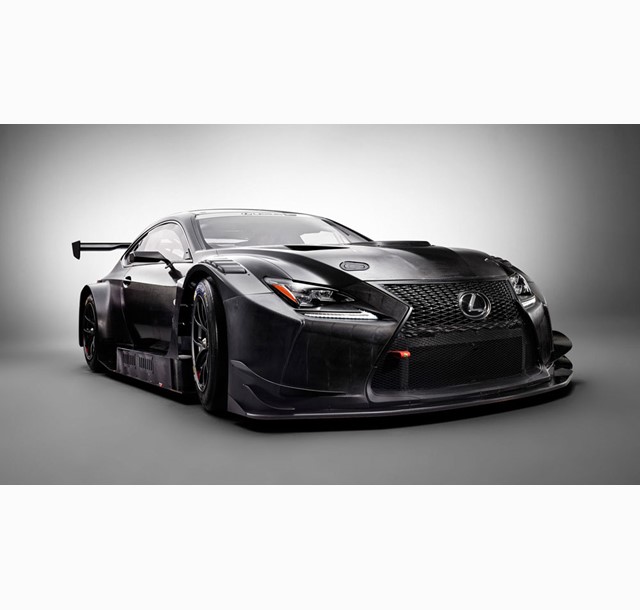 Paul Carroll, Senior General Manager of Lexus New Zealand, says the Lexus brand has shifted significantly in the past five years, and its continued expansion in motorsport confirms the rise of a new - and far more provocative - era for the brand.

"The motorsport strategy shows Lexus is starting to channel its new mindset and its pursuit of the new breed of affluent customers who insist on peak performance and experiences that generate excitement," says Carroll.

Cassidy's LC 500 will be powered by a two litre turbocharged motor producing more than 340kWs.  All the races are endurance events, culminating in the 1000km Suzuka in August, which is Japan's equivalent of Bathurst.  Lexus will enter no less than six cars in the SUPER GT series.

In his debut season in SUPER GT last year where he drove an RC F in the series, Cassidy finished fifth in the championship and runner-up at Suzuka.

In other competitions, Lexus will enter the RC F coupé, powered by a five litre V8 in the IMSA WeatherTech SportsCar Championship in the United States. The 3GT Racing team will run two Lexus RC F's in international GT3 specification for veteran driver Scott Pruett who will pilot the No. 14 car with protégé Sage Karam, and Jack Hawksworth and Robert Alon will drive the No.15 car.

"Our naturally aspirated five litre V8s are turning heads on race circuits around the world," says Carroll.  "The sheer size and sound of the Lexus RC F GT3 and Lexus LC 500 simply overwhelms the competition," he says.

Lexus International has announced it will enter an RC 200t in the world-famous 24 Hours of Nurburgring race. This marks eleven years of participation for Lexus in Germany's signature endurance race.  Named drivers will include Takuto Iguchi, Takamitsu Matsui, and Naoya Gamo, with one driver yet to be announced.

Closer to home Lexus has just about finished its Summer of Performance road show, which has included providing the safety cars - the V8 powered GS F and RC F - for the Castrol Toyota Racing Series, which was held over five consecutive weekends at Ruapuna, Teretonga, Hampton Downs, Taupo and Manfeild.

Customers rode in the RC F safety and GS F course cars during the lunch break of the race meetings, with a lucky few being chauffeured around the track in the glorious sounding V10 powered LFA super car.