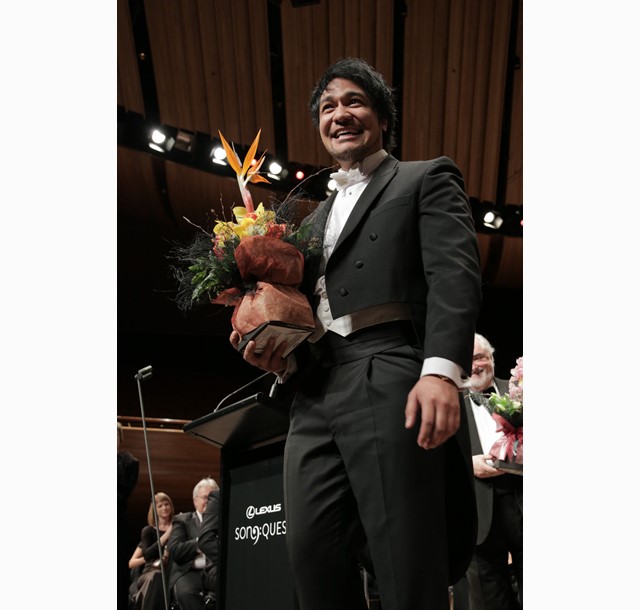 "Lexus is pleased to be able to provide this continuing opportunity to recognise, applaud and encourage our finest operatic talent through the Lexus Song Quest.

"Last night's Grand Final event provided a fantastic treat for opera lovers to see the next generation of Kiwi soloists performing on stage at their best with the backing of the New Zealand Symphony Orchestra."

Ms Pattullo also congratulated the runners up - Stephen Diaz and Alexander Wilson - on their spectacular performances. They will join Amitai to perform together once more in Auckland tomorrow tonight, as part of the Lexus Song Quest Winners' Recital being held at the Holy Trinity Cathedral in Parnell.

The six Grand Finalists were selected from more than 50 young and diverse singers from across New Zealand, with the judges said to have been stunned by the wealth of talent they heard.