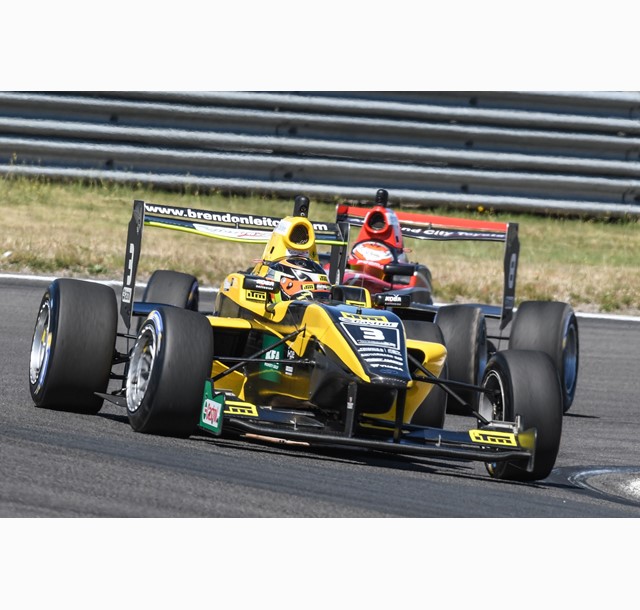 After the frustrations of the last two weekends, Leitch reveled in the victory. "Last weekend was bad and we nearly won here last year," said Leitch. "So this is great. The car was a missile thanks to the team."

The championship has really come alive, with Melbourne's Thomas Randle taking fourth place and closing to within four points of Dutch teenager Richard Verschoor who could only manage eighth.

Fastest qualifier Marcus Armstrong led from the start, but Leitch managed to get his nose inside Jehan Daruvala's car which had started from the outside of the front row of the grid as they went into the first corner and Leitch claimed second place.

An altercation between three drivers, Austrian Ferdinand Habsburg, Pukekohe's Taylor Cockerton and American Kory Enders on the first lap left all three cars in a dangerous position and the race was stopped.

From the restart, Leitch shadowed Armstrong while Daruvala was left to fight off the attack of Randle.

"I knew if I kept close to Marcus I could pressure him into a mistake," said Leitch.

After the race Armstrong admitted he felt uncomfortable and eventually he slid wide exiting a fast corner and Leitch was through. The Southlander then proceeded to drive away setting the fastest lap of the race in the process.

"We've got to analyze what was wrong and fix it for tomorrow," said Armstrong who will again start from the front row for the main race for the Denny Hulme Trophy.

Daruvala who will start from pole position in the main race tomorrow decided not to chase the two Kiwis at the front. "I was making too many mistakes and decided just to stay in front of Thomas using my strong points on the track."

Armstrong has moved to within a point of fourth placed Daruvala on the points table.