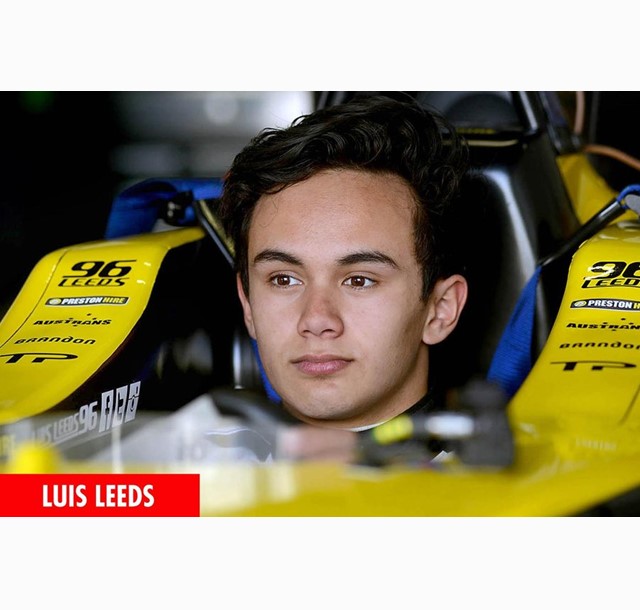 Sixteen year-old Leeds, who's currently based in Milton Keynes, has just finished a successful season competing in the British Formula 4 Championship. Leeds finished third in the Championship with three wins and another eight podiums to his name.

Leeds will arrive in Christchurch with the advantage of having raced at Ruapuna in a round of the Toyota 86 Championship in 2015. He returned to finish first and second in Formula Ford races at the New Zealand Grand Prix meeting at Manfeild later that year - the same place where the Castrol Toyota Racing Series will end on February 11 and 12.

"I had a taste of TRS race weekends when I competed in the Toyota 86 and Formula Ford support races in 2015," said Leeds.

"Since then the plan has always been to spend a season or two competing in TRS. So many big names have competed in the series before and it's a great opportunity to compete against the world's best.

"I've just finished a season in British F4 and we'll be using TRS as preparation for the 2017 European season where I'll be racing FR 2.0 with Josef Kaufmann."

After four seasons in karting, which he started as an 11 year-old, Leeds contested both Formula 4 and Formula Ford races in Australia  in 2015, finishing third in both the National and Victorian Formula Ford Championship. He claimed a total of eight wins and 17 other podium places during the year.

Leeds will race for the Giles Motorsport team, using the same Tatuus single-seater as all the other drivers, powered by a 1.8 litre Toyota engine producing about 160 kWs running on an 85 per cent ethanol bio-fuel. All cars use the same Michelin tyres, gearbox, suspension and brakes to provide as close racing as possible, with driving skill being the deciding factor.