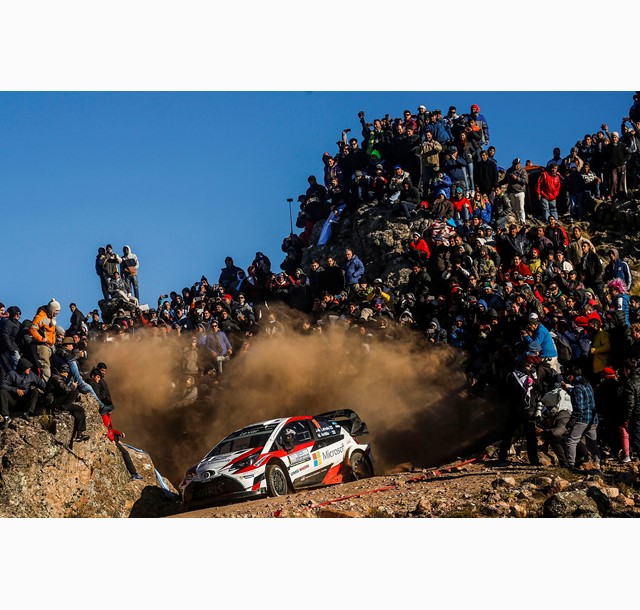 Fellow countryman Miikka Anttilla was co-driving, in what was the roughest round of the series this year, with rocks, washouts, water crossings and ruts peppering the high-speed stages.

"Our car is very tough, we can say that for sure, and we certainly improved the performance compared to the last gravel round in Mexico," said Latvala.

Latvala won the Swedish round of the series, earlier in the season, in only the second appearance by the Yaris in its debut season in the World Rally Championship.

Latvala and the new Yaris WRC have been a model of consistency, finishing all five opening rounds of the series so far. He is 16 points behind defending World Champion Sebastien Ogier, while the Toyota Gazoo Racing World Rally Team is third in the Manufacturer's Championship.

The next round of the series is in Portugal in three weeks' time.