Laliberte goes to school at the race track 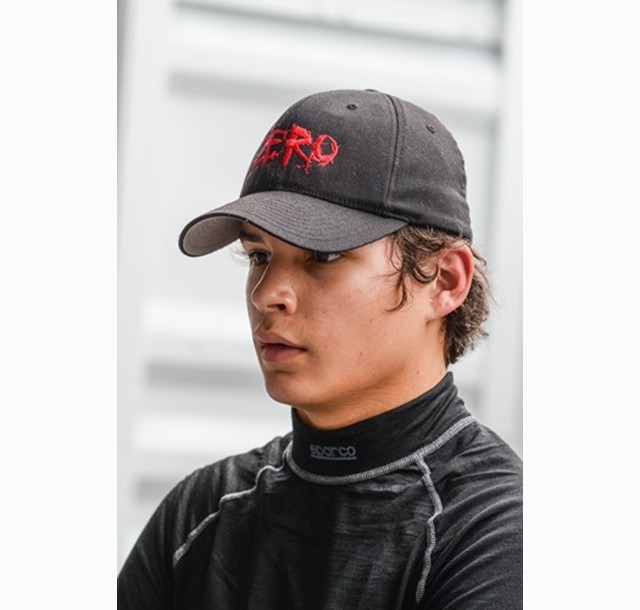 International motor racing drivers competing in the Toyota Racing Series do not just arrive here with their helmet and racing overalls.

The majority have come to New Zealand for the five consecutive weekends of racing with at least one support person to enhance their performance on the track.

It is all part of their efforts to compete at the highest level as they ready themselves for a season of racing once they return to Europe or North America.

Sixteen year old Kami LaLiberte has also brought a tutor, Vincent Cusson with him. "I've got to keep up to date with my studies," he said.

From Montreal, LaLiberte has spent the last two years living in Geneva and attending High School there when he is not away motor racing.

"Last summer my grades weren't so good," said LaLiberte. "So Dad said I had to take a tutor to the track."

At the moment he is studying three compulsory subjects - French, English and Math's, as well as Italian, History and Sports Science to make up the minimum six required for his second to last year of High School.

He will start his last year of schooling in September. Unlike New Zealand students who have just returned to the classroom after six to seven weeks holiday, Kami only had three weeks off over the Christmas - New Year period, hence the need to hit the books in between practicing and racing at the five tracks used for the Toyota Racing Series.

He goes into the first of three races at Taupo on Saturday, twelfth on the points table, with a best result of sixth at Hampton Downs last weekend.

The other international drivers have a variety of support staff apart from the mechanics and engineers who prepare the cars.

Series leader Lando Norris, who starts this weekend's three races at Taupo with a 52 points lead over Pedro Piquet, is accompanied by a High Performance Manager, who is responsible for Norris' mental and physical preparation. For the South Island rounds of the series the English teenager was also accompanied by his manager.
Piquet has a physical trainer who also does physiotherapy and the pair arrived here in a Lear jet, which requires two pilots because of the long journey from Brazil. The jet also brought Pedro's three times Formula One World Championship father, Nelson Piquet.

Norris, Daruvala, Zhou and LaLibertè have all had at least one parent and in some cases siblings, watching their efforts as well.

Austrian Ferdinand Habsburg who won the opening race of TRS at Ruapuna has a manager - physical conditioning person on hand, while Polish driver Antoni Ptak's driver coach is also his manager.

American Will Owen and Nicholas Dapero from Argentina both have driver coaches, while Florida based Canadian Devlin DeFrancesco is accompanied by his manager.

These five all have family members present and in Habsburg's case, both his parents and grandmother.

Rodrigo Baptista from Brazil and American Theo Bean, the oldest driver in the series at 23 both have driving coaches at the Toyota Racing Series.

German Julian Hanses and Bruno Baptista are both accompanied by parents. Twenty year old Frenchman Timothe Buret is the exception to the rest and has ventured down under on his own, the only one of the 16 international drivers not to have some kind of support staff or a parent present.

For further information on the Toyota Racing Series go to.-

Akio Toyoda, President and CEO, Toyota Motor Corporation, has been voted the 2021 World Car Person of the Year by the World Car Awards jury panel of 93 international journalists.

New Zealand builders will soon be able to replace plywood, particle board and plaster board, with low carbon, environmentally sustainable construction boards made from packaging wa…