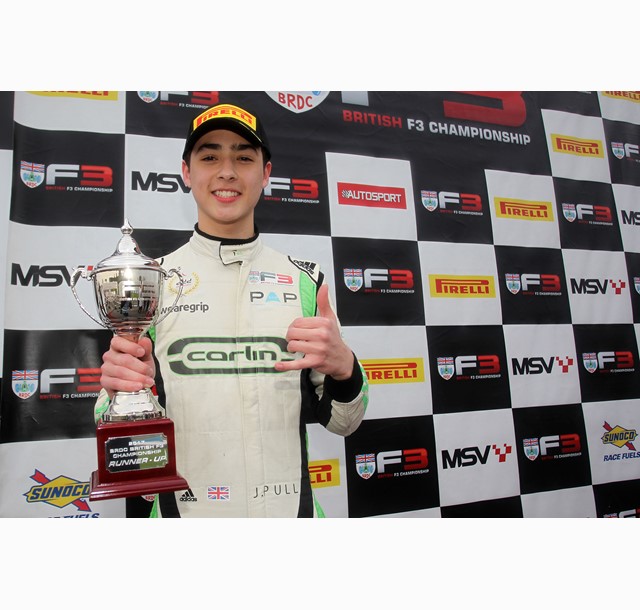 Singapore born but England based Pull was the model of consistency in the 24-race series, finishing on the podium at least once at all eight rounds of the series.

"I am really looking forward to visiting New Zealand for the first time and racing in such a prestigious series as TRS," said Pull. "I have heard great things about the championship from fellow drivers in Europe and so cannot wait to get out on the track"

"2017 was a very successful year and to finish second in the British F3 Championship in my first year in F3 was a great result. Now my attention is fully focused on TRS with M2 Competition and, like all the drivers that will be there, I want the title and will be pushing hard"

Eighteen-year-old Pull drove for the Carlin team in Britain, the same outfit who has groomed the 2016 Toyota Racing Series champion Llando Norris to the brink of Formula One, where he is now the McLaren Team's reserve driver.

In his rookie season in Formula 3, Pull finished on the podium 14 times to finish second in the series.

Pull raced in the British Formula Four Championship in 2016, finishing fourth overall, claiming two victories and six other visits to the podium in the 30-race campaign. He had started his single seater career in the same series in 2015 when he won one race, took three more podiums and finished 10th in the championship.

Pull started his motor racing career in karting in Singapore in 2009 and in his final season in Asia won the Rotax Max Challenge in Singapore and finished runner-up in the same class in the Asian Championship in 2011.