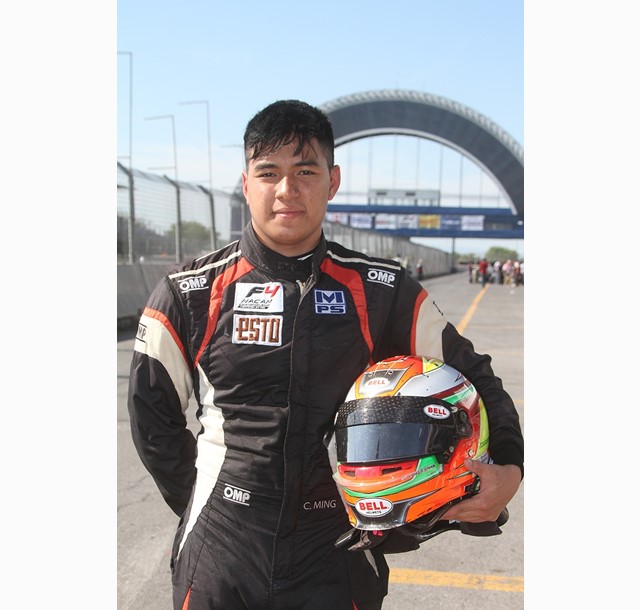 From Georgetown in Guyana, which is on the north western Atlantic coast of South America, the 21-year-old has done most of his motor racing in the United States and Mexico.

This year he finished fifth in the American Formula 2000 series scoring four podium finishes and one fastest lap.

Ming won the Nacam FIA Formula 4 Championship held from late in 2016 into this year with 21 races in Texas and Mexico, winning seven times and scoring another 10 podiums, as well as five fastest laps and three pole positions.

While not at University at Miramar in Florida, Ming did the 2016 Formula 1600 series in the United States finishing fourth overall with three wins, 8 podium places, three fastest laps and one pole position.

Having started karting in 2011 in Guyana, Ming won his national 125 KZ title in 2012 and 2013. By 2014 he was racing in the USA and in 2015 he did a mixture of karting and single seater events in his change over to motor racing permanently.

Ming will use the same Tatuus single seater as every other driver in the series. It is powered by a 1.8 litre Toyota engine producing about 145 kWs running on an 85 per cent ethanol bio-fuel.