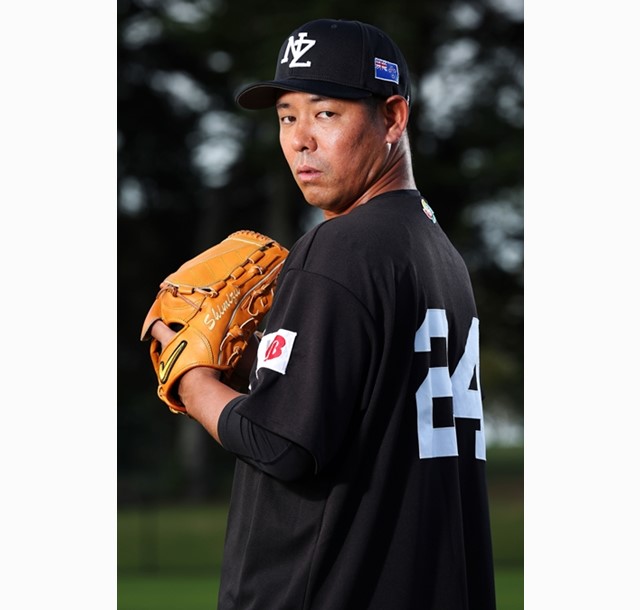 WMG2017 Chief Executive Jennah Wootten says Shimizu is to baseball what Dan Carter is to rugby or Sachin Tendulkar is to cricket - he is revered in his home country and around the world.

"We are delighted to have Naoyuki on board as part of the Games ambassador programme," she says. "He will be an outstanding ambassador and will be a huge help to us in communicating the World Masters Games 2017 opportunity to the baseball and wider sporting community in New Zealand and overseas."

Shimizu played baseball in Japan for 13 years, pitching his country to a famous gold medal win at the 2006 World Baseball Classic and a bronze medal at the 2004 Athens Olympics.

These days he and his family are based in Auckland, New Zealand, where Shimizu works for Baseball New Zealand helping grow his sport in this country.

Shimizu says he is a big fan of the World Masters Games for its ability to bring cultures together through sport with its mix of serious competitors and those who attend for the fun of taking part.

"I am excited to take up the ambassador role and support this wonderful event, which will enrich the lives of all who compete and see them make new friends from around the world."

Shimizu's ambassador role will focus on promoting WMG2017 and destination New Zealand in Japan and elsewhere in Asia.

"I have media and sporting connections in Japan, writing for Japanese newspapers and business websites, as well as lecturing and commentating when I do get back home. I am going to use these opportunities to spread the word about World Masters Games," he says.

His first opportunity to do so will be in July when he heads to the 2016 Under 15 Baseball World Cup in Iwaki as head coach of the New Zealand team.

"He was one of the world's top pitchers for a decade and we are incredibly fortunate that he has lent us his time, baseball knowledge and his good name to increase player numbers and talent levels here.

"We are excited that baseball is one of the 28 World Masters Games 2017 sports and we believe Naoyuki will be a great success in his ambassador role, which is further proof that he has moved his life to New Zealand for all the right reasons."

Shimizu is keen to roll back the years and compete in baseball himself at WMG 2017 but only if a troublesome long term knee injury permits. Whether he makes it onto the diamond or not, he is definitely looking at teeing off in the golf event at the Games.