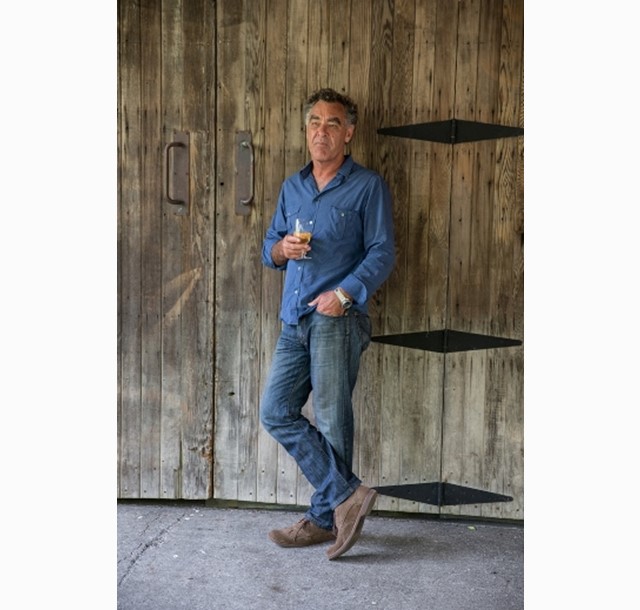 Started in the mid 1980s by Mason, his brother Mark and their winemaking friend Tony Bish on the Mason family farm in Hawke's Bay picturesque Dartmoor Valley, Sacred Hill is now one of New Zealand's largest privately owned wine producers, making more than 350,000 cases per year. It has become one of the country's premium brands, a favourite in the domestic market and exports wines to more than 30 countries. But all that belies its humble beginnings.

After David's father Ian became one of the first Hawke's Bay farmers to diversify from traditional sheep and cattle farming and planted grapes on his property in the early 1980s, the Mason brothers and Bish - self described "wine geeks" - set out with the idea of making more wine than they could drink and selling the rest to fund their passion for fine wine.

"Our first vintage was 350 cases of 1986 Fume Blanc, a popular style of oak aged Sauvignon Blanc at the time. It sold out. So did the next vintage of 700 cases and we thought we might be on to something."

Fast forward 30 years and Mason has led Sacred Hill from its rustic beginnings through remarkable growth with his hands on involvement in all facets of the business including marketing, brand management and sales.

With Mason helming the business and Bish leading the winemaking operation, Sacred Hill became innovators in the 90s, pioneering the use of indigenous yeasts and being among the first to introduce new oak and chilled barrel ferments. Their drive into premium wines included the planting of Rifleman's Vineyard, now one of the country's most revered Chardonnay vineyards, on the original family farm. Sacred Hill also invested in the renowned Gimblett Gravels sub-region of Hawke's Bay, from where they have produced red wines that have more than held their own with Bordeaux's finest in blind tastings.

The export market was what prompted perhaps Sacred Hill's biggest business decision, to move beyond its Hawke's Bay home and invest in Marlborough, including the purchase of Hell's Gate, Hammond Estate and Singing Bridge vineyards.

"Our heart is in Hawke's Bay but as a business our future investment will be in Marlborough," Mason says. "The potential growth is in export, especially the US market, which has a taste for Marlborough wines, with Sauvignon Blanc leading the charge."

Mason says Sacred Hill really smartened up its act and started operating as a serious business about 15 years ago. "Prior to that we did everything on a shoestring. Through the 80s we had a few false starts thanks to a drought, a flood and then in 1988 the infamous Cyclone Bola wiped us out, but we hung in there."

While he is focussed on continued innovation, growth and the export potential of Sacred Hill's Marlborough wines, Mason has not lost sight of where it all began.

"The early days were precious times by the river with friends, family and food and Sacred Hill remains true to those roots today."

"We have always been about making wines to share with family and friends and we always will be. Our brand campaign today takes a stance on the importance of these times of real connection in today's high speed, always on, distraction-filled lives."

As the brand reminds us, "Some things should be kept sacred."