First of the Three Queens arrives in New Zealand waters 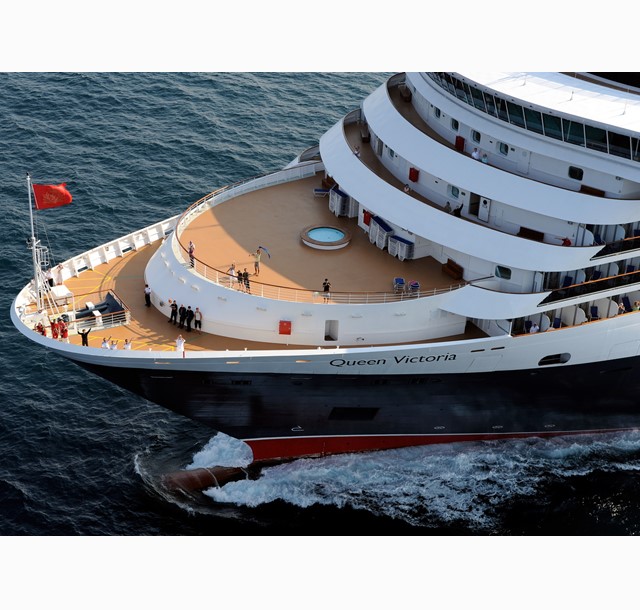 In Auckland on one of more than 30 port calls as part of a 105-night World Voyage, Queen Victoria heads to the Bay of Islands the following day, before crossing the Tasman to Sydney.

Queen Elizabeth's third visit to Auckland on Wednesday, February 20 is part of her 91-night World Voyage, which began on January 6 in her home port of Southampton. Her next stops are Tauranga (February 21), Napier (February 22) and Wellington (February 23) before heading through French Polynesia on her way to Hawaii, Mexico, Nicaragua, Costa Rica and transiting the Panama Canal.

Kiwi-born Commodore Christopher Rynd will be at the helm when Queen Mary 2 returns to local waters for the first time since 2011, calling into the Bay of Islands on March 10 as the first stop on her inaugural 12-night Royal Circumnavigation of New Zealand.

This year also marks Queen Mary 2's maiden call to Akaroa, following a diversion to Wellington after the 2010 Christchurch earthquake. Akaroa is one of six maiden calls during this voyage. Others include Abu Dhabi, United Arab Emirates; Ko Samui, Thailand; and Port Elizabeth, South Africa.

Stretching 345 metres long, Queen Mary 2 is 17 metres longer than Auckland's Sky Tower is tall, and the largest vessel to visit New Zealand, towering 60-plus meters above the waterline. Due to her size, she will berth at Jellicoe Wharf, east of Princes, Queens and Bledisloe wharves.

Cunard Line President and Managing Director Peter Shanks said Queen Mary 2's 12-day loop of New Zealand under the control of a Kiwi-born Commodore is something special for the pride of its fleet.

"This inaugural Royal Circumnavigation, as well as the fact all three of our fleet are travelling to New Zealand this season, reflects the growing popularity of this country among Cunard's loyal passengers. This is fantastic news for local tourism sectors and the economy," said Mr Shanks.