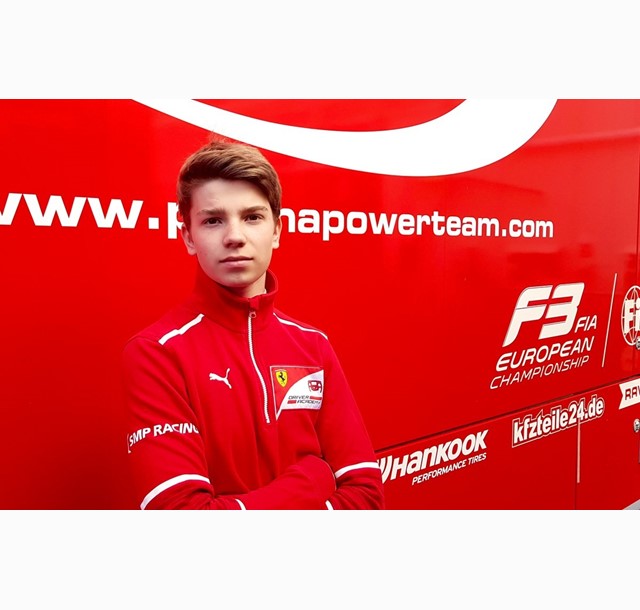 The 18-year-old from St Petersburg in Russia is the fourth driver in successive years to come to New Zealand to gain more experience before continuing his career in Europe.

Canadian Lance Stroll was the first in 2015 when he won the Castrol Toyota Racing Series. He now drives for Williams in Formula One.

In 2016 Chinese driver Guanyu Zhou was supported by the prancing horse logo, when he finished sixth here.

Last summer, Christchurch's Marcus Armstrong drove for the Maranello junior team, winning three races on his way to fourth overall. He is returning for a tilt at the overall title in 2018.

Shartzman has just joined the Ferrari Driver Academy after a successful test with the Prema Power Team in Italy in September. Prema ran Armstrong in Italy and Germany this year, where he won the Italian Formula 4 Championship and finished runner-up in the similar German series.

Armstrong and Shartzman will be team-mates at Prema in 2018 when they will compete in the European Formula 3 Championship.

This year Shwartzman finished third in the Renault 2.0 Eurocup winning six races and gaining six other podium finishes. He did the same series in 2016 to finish eighth overall and also did the Northern Europe Renault series, where he took two wins.

Shwartzman spent 2014 and 2015 racing in Formula 4, starting his single seater career in some Italian races. In 2015 he raced in both Italy and Germany, finishing third in the Italian series with the help of two wins and fourth in Germany with eight podium places.

Karting was Shwartzman's initial motorsport, which he started as a five-year-old in 2005. His most notable success in the development sport came in 2010 when he was second in the WSK Nations Cup in the Mini class.

Then in 2013 he won the WSK Final Cup KFJ and finished third in the CIK FIA World KF Junior Championship.