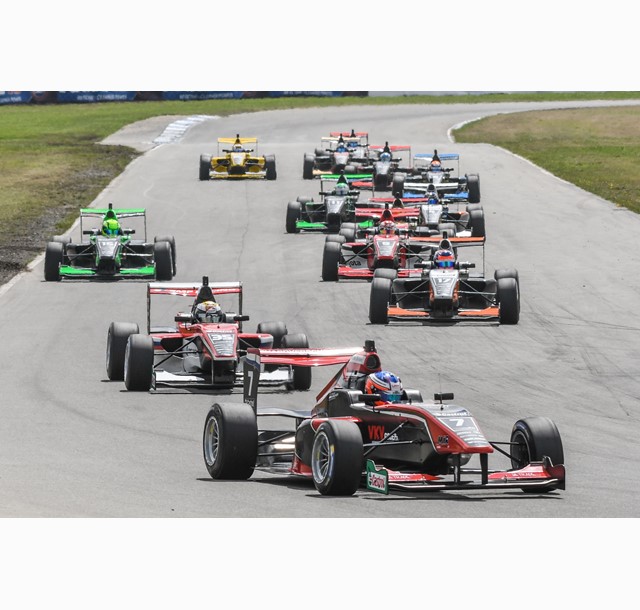 As in previous years the championship will be run over five consecutive weekends in January and February 2019, with the calendar details to be released at a later date.

Each round will have three races - one on Saturday afternoon and two on Sunday. Combined with testing and practice on Thursday and Friday each week and qualifying sessions, drivers have the opportunity to do over 3000 kms of "seat time" in five weeks.

"Every year the Toyota Racing Series provides a great "warm-up" for drivers who plan to go on and compete in series in Europe or North America," said Mark Whittaker, Toyota New Zealand's Motorsport Manager.

For the first-time in 2019 success in the series will see drivers gain FIA points towards a "Super Licence" which allows them to compete in Formula 1.

"Over the years the series has been a great stepping stone for drivers into careers that have produced Le Mans 24 Hour winners and World Endurance (sportscar) champions, Formula 1 drivers; Supercars, Super GT and Formula 3 champions," said Mr Whittaker.

Preparation of the identical Tatuus single seater cars used in the series is already well under way with the rebuilding to "as new" condition of major components including the Toyota 2ZZ-GE 1800 cc engine and Sadev paddle shift gearbox. The series has a great reputation world-wide for thoroughly preparing the cars for each season.

Some technical upgrades are also being incorporated in the cars following off-season testing by Brendon Leitch, Chris van der Drift and Daniel Gaunt, all of whom have raced in the series.