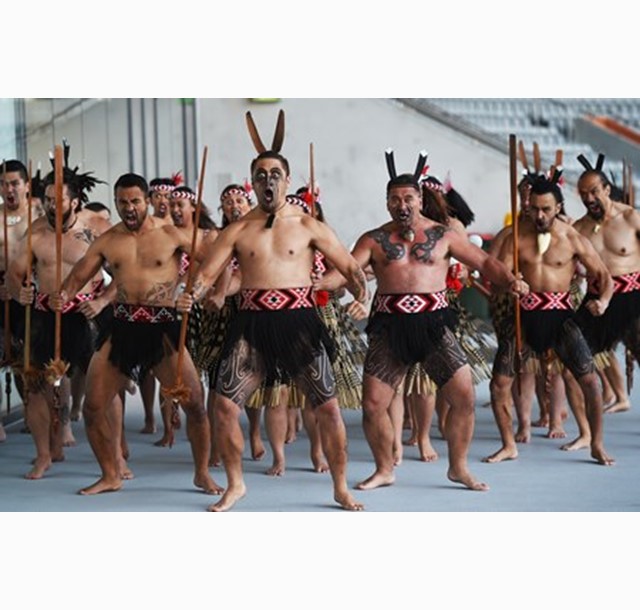 The location and vision for the Opening Ceremony were revealed at a  '500 days to go' celebration tonight, with performers from the prestigious cultural group Te Waka Huia providing an electrifying taste of what to expect when the Auckland Games officially open.

Mike Mizrahi and partner Marie Adams, of Inside Out Productions, have masterminded spectacular events the world over for brands such as Louis Vuitton, 100% Pure New Zealand, David Jones and Spark, and were responsible for bringing to life the extraordinary Wearable Arts Awards this year.

Now they will lend their talents to the largest multi-sport event in the world, which in 2017 comes to Auckland, New Zealand, for the first time.

WMG2017 Chief Executive Jennah Wootten says the Opening Ceremony, on the evening of Friday 21 April 2017, will be a defining moment that will set the tone for the ninth edition of the Games, and set apart the host city and country.

"Rugby World Cup 2011 catapulted New Zealand onto the world stage in terms of its ability to host major events with precision and imagination. World Masters Games 2017 is a very different proposition, and involves complexity on a different scale. We're talking about 28 sports, played across 45 or more venues, in a condensed 10-day period," she says.

"The Opening Ceremony is Olympic-like in format and gives everyday athletes the ability to proudly represent their achievements and celebrate the 'sport for life' ethos that is synonymous with the masters sport movement. We want to create lasting memories that participants hold in their hearts and minds for many years to come."

Ms Wootten says athletes march by sport rather than by nationality, which is unique to World Masters Games', to recognise the bonds between participants as individuals and teams.

Event creative director and producer Mike Mizrahi masterminded elements of the Rugby World Cup 2011's spectacular waterfront opening events, and was responsible for some of the most enduring images of the night.

Once again he plans to bring the unique culture of New Zealand to life in a show that will feature traditional Maori ceremony, cutting edge technology, live performances, a tribute to the 28 sports of the Games, and the celebratory athletes' march.

Mizrahi says the Opening Ceremony is the most anticipated occasion of every World Masters Games, with each host nation creating an event to match its unique culture and heritage.

"We'll be striving to present New Zealand's story in a multi-layered, innovative Opening Ceremony that exceeds expectations," he says.

"We want to tell a story visually in a way that will captivate the live audience of New Zealand and overseas participants and take them on a journey they won't forget.  We also want to leave them inspired about New Zealand and the days of sports competition ahead."

The Opening Ceremony will play out to an audience of some 30,000 athletes, supporters, officials and volunteers, at Eden Park.

Attendance at the Opening Ceremony is included in all WMG2017 registration packages, details of which have also been announced today, along with the Games' sports schedule.