Eastern Bay of Plenty’s got talent and an important message 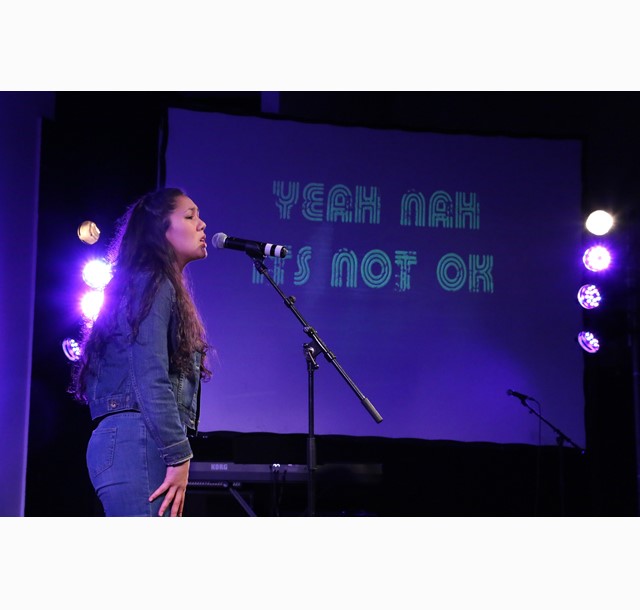 The Song Quest promises more amazing talent featuring some of the Eastern Bay of Plenty's most creative young adults (13 to 19 year-olds) who will write and perform original songs with a positive anti-violence message.

Songs will be performed on the day before an audience and a panel of judges who will select the winning act. The judges include the courageous Arihana Ututaonga-White, an X Factor New Zealand second season contestant who performed despite having suffered a brutal attack which left her legally blind.

Family Works delivers social services for children, young people and their families in the Bay of Plenty. Their Family Violence Response Coordinator, Helen Holt, one of the founding members of the Song Quest, says the campaign is a way to deliver a serious message in a fun, but thought-provoking, way.

"It allows teenagers to help inform their community about the issue in a creative way," she says. "The message is a combined anti-bullying and anti-violence campaign."

Holt says the Song Quest gives teens a voice. "It is about giving the next generation a voice on issues of violence that directly impact them and how they may shape New Zealand's future. The Eastern Bay has heaps of musical talent, so what better way to say that violence is not okay than through a song quest?"

"It also gives Family Works the chance to start the conversation about family violence and to provide information about all forms of violence affecting our young people."

She says that when the Song Quest was first dreamed up, there were those who said it could not be done. "No one thought we would pull it off. Now interest is growing and this year is so much bigger."

The overall winner will win recording studio time sponsored by Outlet Productions and have their song played on local radio stations with the potential for a national radio audience.

Other prizes will be awarded for strongest vocals, strongest lyrics and strongest performance on the night. The prizes will include: Hunting and Fishing gear; $1,000 music vouchers and spot prizes.

The 2014 winner was Reon Mahalia with her song "I don't want to live like this."

Family Works supports at-risk children and their families to help them address complex issues like violence and conflict. Our services include counselling, social workers in schools, budgeting advice, emergency food parcels, family dispute resolution and group programmes for women and children affected by family violence. We're part of Presbyterian Support Northern, a charitable social services provider which works alongside children and families in communities across the upper North Island.